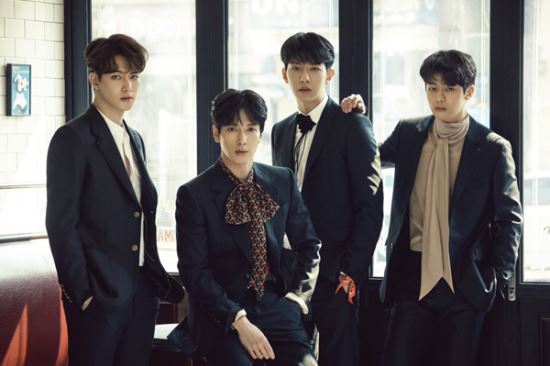 How Does CNBLUE Feel About DAY6?

CNBLUE has only good things to say about JYP Entertainment’s rookie band DAY6.

When asked about the band in a recent interview, Jung Yong Hwa answered, “When DAY6 first came out, I watched the video. They had a good concept and performed well. I hope more bands like DAY6 come out because I believe the more major bands there are, the more interest there will be for bands in general.”

Lee Jong Hyun added, “I hope there will be more people that we can play music together with in the broadcasting station waiting room. It’s boring in the waiting room,” making everyone laugh.

Meanwhile, CNBLUE recently returned to the music scene on April 4 with their sixth mini album “Blueming” with the title track “You’re So Fine.” This marks their first domestic comeback since last September and the band will have their first comeback performance on Mnet’s “M Countdown” on April 7.

Support the artist by buying CNBLUE- Blueming from YesAsia

Update: This article’s first sentence has been altered from its original version for clarity.

DAY6
CNBLUE
How does this article make you feel?