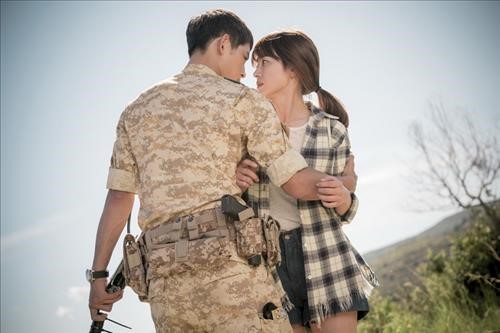 “Descendants of the Sun” PD Talks About Possibility of Second Season

Producer Lee Eung Bok in charge of the currently popular drama “Descendants of the Sun” has sat down for an interview to discuss and answer some questions about the drama.

“Descendants of the Sun” has been highly anticipated before the airing and now is the top-rated drama for the Wednesday-Thursday time slot.

Many viewers who have tuned into the drama have said that the recent episode, episode 12, felt like it’s the final episode. When asked about how the remaining four episodes will effect the story line, the producer answered, “There are still a lot of events bound to happen. From now on, every episode will feel like it’s the last one.”

Since this drama is so widely popular, some viewers are already asking for a season two. The producer explained, “It would be good if a season two was made, but the actual possibility of it is… (laughter). It would be hard to bring back the original cast since we have to empty our schedule and it’s also difficult for both writers of the drama to work together again. ”

Do you want to see a second season?

Watch “Descendants of the Sun” on Viki: