The video starts off with a smooth bass rhythm and has a pink, visual theme overall. Check out the clip below! 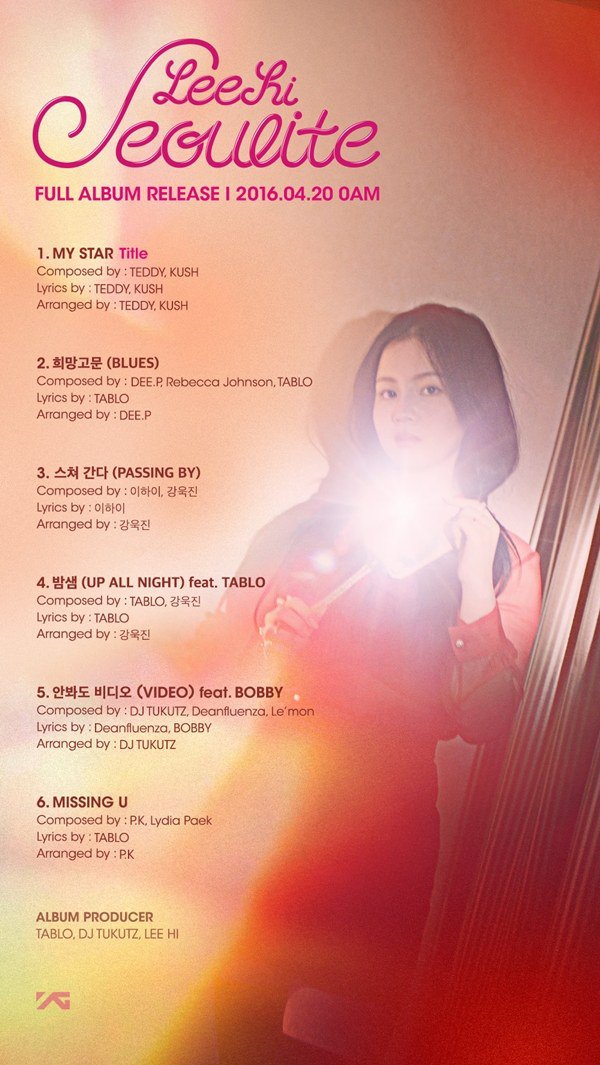 According to the new teaser, the title song from her full album will be “My Star” which was co-produced by Teddy and Kush.

“My Star” is described as a metro soul song which will be accompanied by choreography similar to Lee Hi’s debut song “1,2,3,4.”

In addition to “My Star,” five other songs will be included in the album. “Blues” was worked on by Tablo, DEE.P, and Rebecca Johnson. Furthermore, Lee Hi will reveal her composing and lyric writing skills with “Passing By.”

iKON’s Bobby will be featuring in “Video.” He also participated in writing his lyrics for the song.

Lee Hi’s full album is set to be released on April 20.

Which song are you most looking forward to?