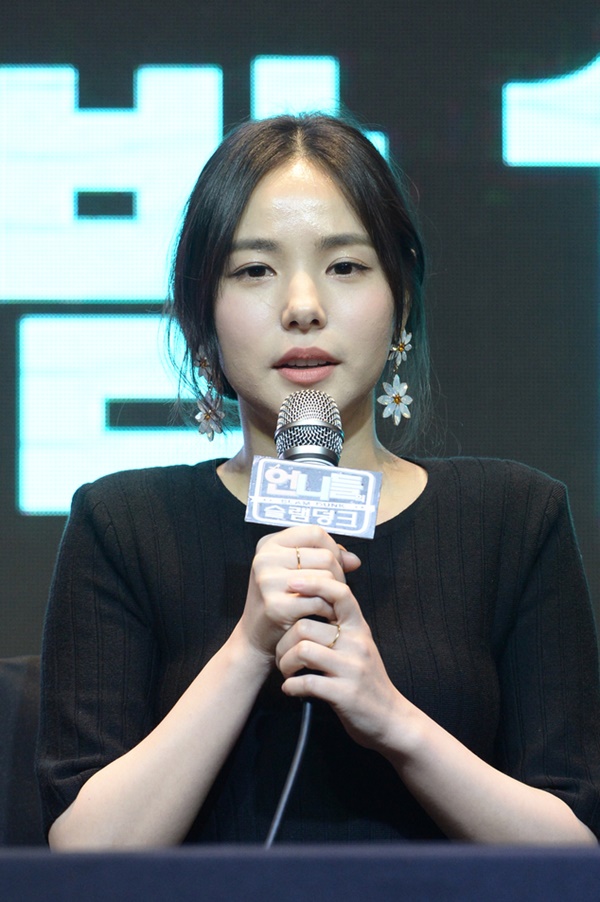 On April 6, the press conference for the new KBS variety show “Unni’s Slam Dunk” was held.

On that day, Min Hyo Rin shared about the responses to her casting, saying, “Many netizens said, ‘Do you even know how to do anything’ when it was revealed that I would be on the show, but I do have an unexpected charm.

Park Jin Young told me that if I go on the show, to just act as if the cameras weren’t there and then instead of a cold side, I’ll be able to show a more comfortable side of me. He promised me that he would come on the show with me. I think you’ll be able to see him on the program.”

“Unni’s Slam Dunk” also stars Kim Sook, Ra Mi Ran, Hong Jin Kyung, Jessi, and Girls’ Generation member Tiffany. The show will give the members an opportunity to realize the dreams that they may have had to set aside or give up when they were younger. It is set to premiere on April 8.

Min Hyo Rin
Park Jin Young
How does this article make you feel?