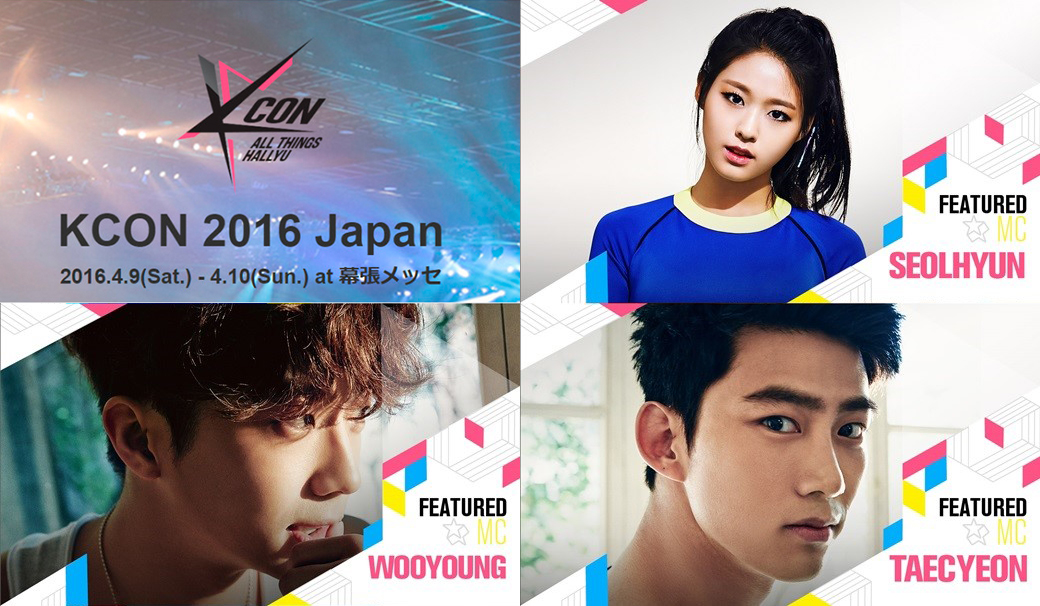 Seolhyun, Wooyoung, Taecyeon To Be Special MCs for KCON 2016 Japan

Culture
by A. Choi

AOA member Seolhyun and 2PM members Wooyoung and Taecyeon will take the lead as MCs for the special “M Countdown” to be held during the KCON 2016 festival held in Japan!

They will take the stage for two days, from April 9 to 10 at Japan’s premier convention center Makuhari Messe, for the KCON 2016 Japan episode.

In its fifth year, KCON combines culture, service, product marketing, K-Pop, K-Dramas, K-Beauty, K-Food and other diverse aspects of Korea’s society as festival for people all over the world.

AOA
2PM
Taecyeon
Wooyoung
Seolhyun
How does this article make you feel?