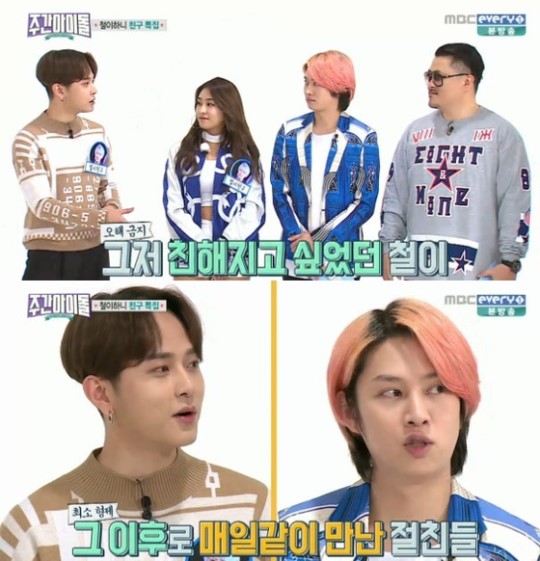 Yong Jun Hyung Shares How He Became Close with Heechul

On April 6, the first episode of the MBC every1 variety show “Weekly Idol” featuring EXID member Hani and Kim Heechul as the new MCs aired. It was their first time as the main MCs following Jung Hyung Don’s temporary withdrawal from the show due to health reasons.

Since it was their first episode, close friends Yong Jun Hyung, Bora, Solji and Jackson also came on the show to congratulate them.

When asked how he became close friends with Kim Heechul, Yong Jun Hyung answered, “About a year after I debuted, Simon D hyung called me and said, “Kim Heechul said for you to come out.’ I thought I was in trouble but instead, he said let’s be friends.”

Kim Heechul added, “Afterwards, we saw each other frequently. It feels like I see him five times a week,” confirming their close friendship.

Yong Junhyung
Kim Heechul
How does this article make you feel?