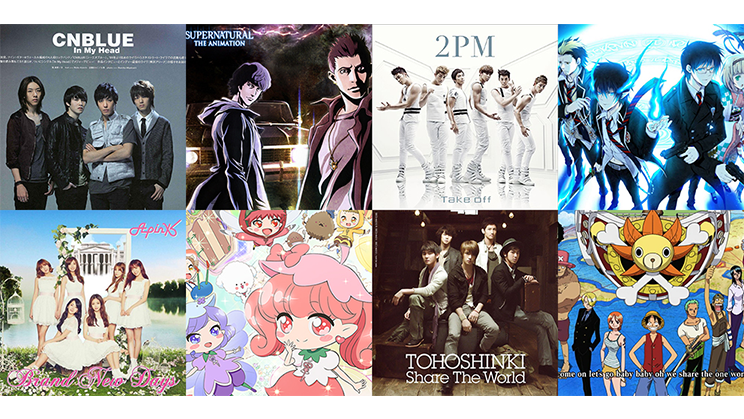 While many K-pop artists have branched out into the Japanese market, only a few have actually had the opportunity to sing a theme song for an anime series.

With Japan being such a huge market, having their song heard on television could easily give a huge boost in popularity abroad.

TVXQ, being hugely popular in Japan for many years, has released several songs for “One Piece,” one of the most widely known anime series.

A classic ballad song from early in BoA’s career.

Just like BoA, Younha was also popular in Japan right after debuting at a young age. She was nicknamed the “Oricon Comet” for her success on charts.

While A Pink released Japanese singles in the past, this was their first Japanese release that wasn’t a remake of a past Korean track.

As Detective Conan is a hugely popular and long running anime, Boyfriend had the honor of singing one of its ending songs.

It is also interesting to note that one of the main characters of the anime, Guy, famously did KARA’s “Mister” dance during an episode.

This was the group’s second Japanese single.

With FTISLAND being very popular in Japan, it is no surprise that they have sung for anime soundtracks.

This was CNBLUE’s first major debut single in Japan. They previously released singles while under a smaller label.

While this SM soloist isn’t as widely known as others from her agency, some might remember J-Min from her OST track “Stand Up” from the drama “To The Beautiful You.”