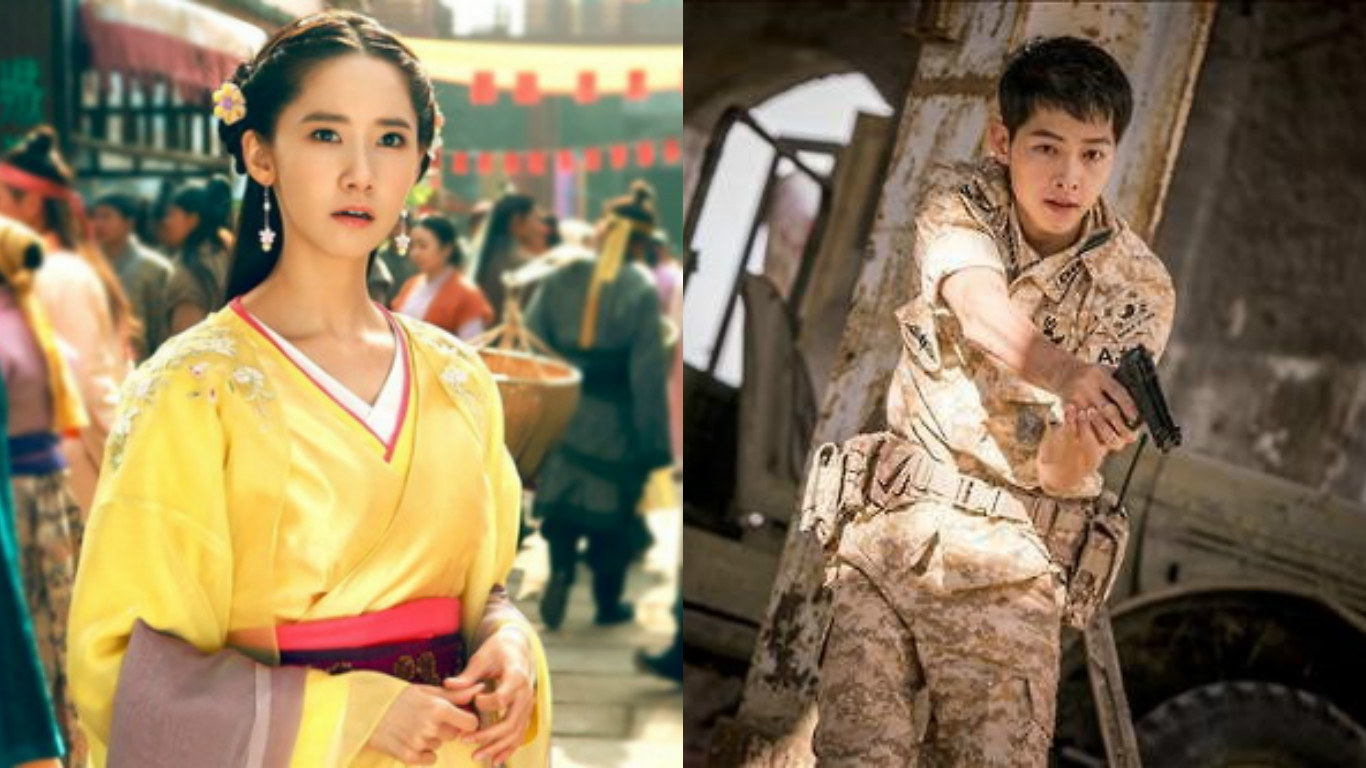 Girls’ Generation’s YoonA and actor Song Joong Ki recently battled it out for the top spot in popularity rankings among Chinese dramas.

On April 7, the Chinese entertainment data agency VLinkage released a current list of the hottest actors and actresses in Chinese dramas. YoonA took No. 1 with an average score of 9.20, beating the previously highest ranked “Descendants of the Sun” star Song Joong Ki.

YoonA is currently starring in the Chinese drama “God of War, Zhao Yun.” The drama also took first in popularity rankings, with “Descendants of the Sun” dropping to No. 3.

YoonA also outranked the star of the drama, Lin Geng Xin, who ranked No. 15. YoonA has received praise from Chinese fans for her improved Chinese language skills in official broadcasts and interviews.

With Song Hye Kyo at No. 4 and Park Hae Jin at No. 10, there are a total of four Korean actors in the Top 20 rankings.

Watch the first episode of “God of War, Zhao Yun” below:

Girls' Generation
Song Joong Ki
God of War Zhao Yun
Descendants of the Sun
YoonA
How does this article make you feel?