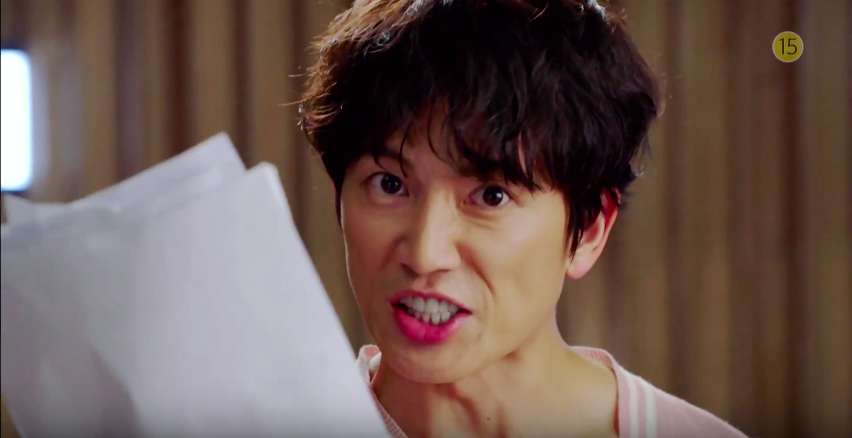 The upcoming SBS drama “Entertainer” has released its second teaser! In the first teaser, Girl’s Day’s Hyeri and Ji Sung were seen having a dance-off to Taylor Swift.

In the teaser, Ji Sung transforms into a strict producer, whipping sheet music around and saying, “Again” repeatedly. Throughout the 37-second clip, he gets progressively more frustrated until he throws the papers in the air and screams at the mysterious singer in the studio.

Although his language might imply that he’s yelling at some young trainees, the singer is actually veteran musician Kim Gun Mo! Kim Gun Mo, who has been a singer for over 20 years, made a special guest appearance for this “Entertainer” teaser.

In the end, Ji Sung and Kim Gun Mo make a dancing exit humming “Ddandara” (the Korean title for the drama).

“Entertainer” airs its first episode on April 20 at 10 p.m. KST. Watch the teaser below!

Entertainer
Ji Sung
Kim Gun Mo
How does this article make you feel?