Park Jin Young has released a fun and upbeat music video for his comeback single, “Still Alive!” The MV is a modern tribute to his greatest hits during his 22-year career.

The video hilariously opens with a group of screaming girls lining up at a GOT7 fanmeet. When one girl goes to get a signature, she gets Park Jin Young instead, who throws back his disguise and starts singing, much to her disappointment. 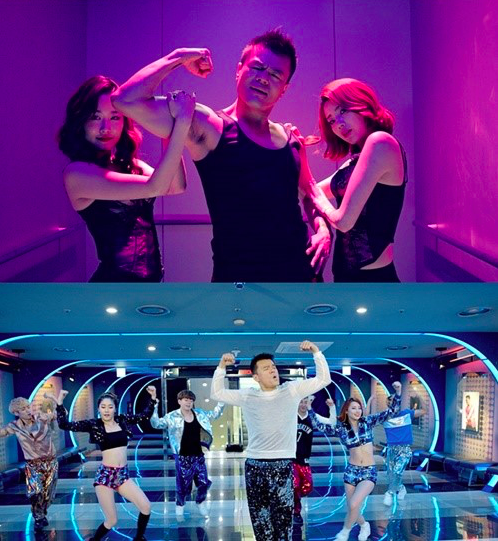 The lyrics are funny and witty, poking fun at the tricks more “modern” artists use in the industry, including aegyo and fanservice, and boasting how his career has spanned from records to cassettes to CDs to digital streaming.

To a group of high school girls, he sings, “You all know who I am. I made my debut before the oppas you like were born, but I’m still winning awards in front of them.” He then shifts into CEO mode briefly by rapping, “I’m sorry, I hope your oppas last as long as me. In fact, since it’s not easy, I’m a little worried.” 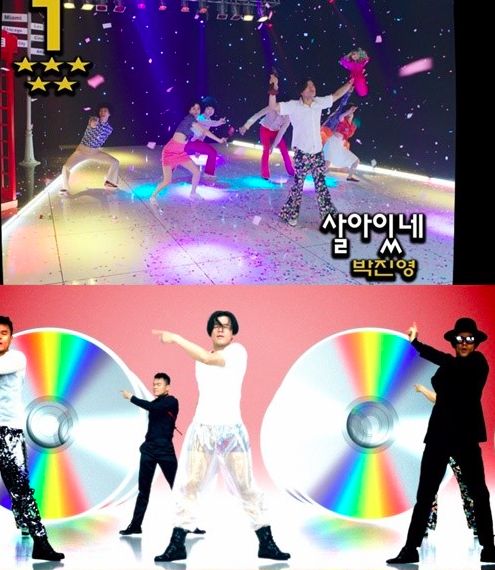 Park Jin Young debuted in 1994 with the song “Don’t Leave Me” and throughout his career he has seen 44 of his songs hit the charts. The video also references his 22-year career by channeling the fashions, dance moves, and music styles of the 90’s and early 2000’s.

The song will be officially released on music sites on April 10 at 7:30 p.m. KST. His first comeback stage will be on “K-Pop Star 5” on the same day. Watch the MV below!