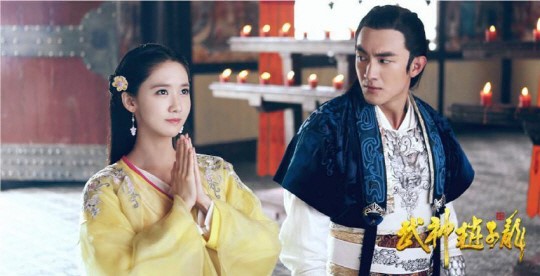 Girls’ Generation’s YoonA’s popularity in China is soaring! She recently took first in a VLinkage drama popularity rankings chart and has been impressing fans with her improved Chinese language skills.

On April 7 YoonA spoke about her Chinese drama, “God of War, Zhao Yun” in an interview with Sina. In the interview, she understood the Chinese questions and was even able to make small jokes and reply in Chinese.

“God of War, Zhao Yun” has been on air since April 3, and YoonA plays the female lead named Xiaohou Qing Yi. Her character is caught up in a love triangle between the titular character, Zhao Yun (Lin Geng Xin), and another character (Kim Jeong Hoon). 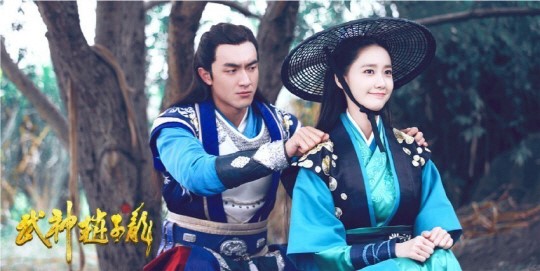 “[The most thrilling scene] was the horseback riding scene,” she said. “It was a little frightening.” But when the interviewer pointed out that in stills, the horse she was riding was fake, she blushed and said, “Let’s keep that a secret.”

YoonA even tried out some dialects during the interview, making the staff laugh. “There were times where she was confused over a word, but her pronunciation was pretty much perfect and she prepared for the interview very well,” the staff said.

“I’ve been studying Chinese since I was in middle school and throughout my trainee days,” YoonA said. “I also learned a lot during the long time I spent during this production.”

“God of War, Zhao Yun” achieved ratings of 1.73% on its first airdate, the highest ratings in its timeslot. According to a Chinese entertainment industry representative, YoonA received 50 million won (about $43,000) per episode for the drama. (The drama is 60 episodes long, totaling her appearance fees at 3 billion won, or about $2.6 million.)

Girls' Generation
God of War Zhao Yun
YoonA
How does this article make you feel?