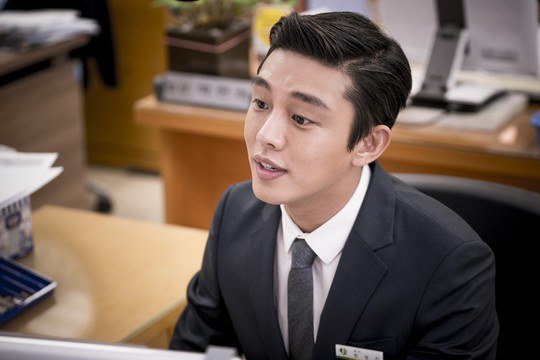 On April 9, KBS 2TV‘s Wednesday-Thursday drama “Descendants of the Sun” released official behind-the-scene stills of actors who made cameos.

The pictures showcase Yoo Ah In, as well as other actors such as Lee Kwang Soo, Lee Jong Hyuk; and Ji Seung Hyun, working hard for their short, but memorable scenes. 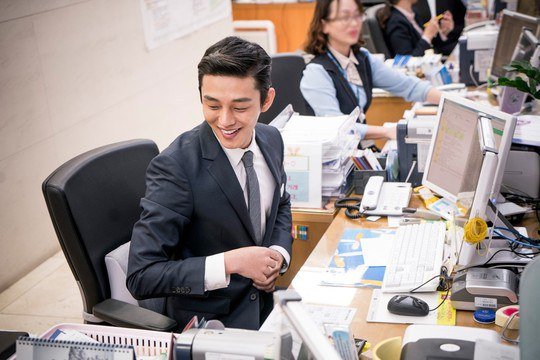 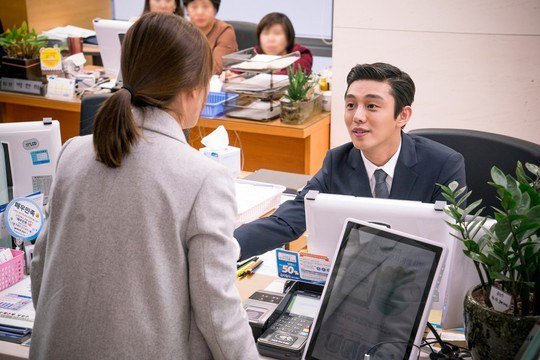 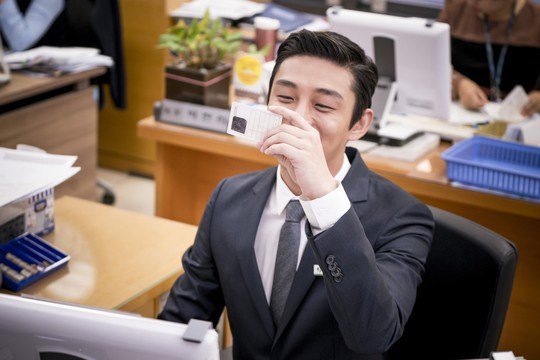 Yoo Ah In appeared in episode 13 as a bank worker who firmly rejects Kang Mo Yeon’s (played by Song Hye Kyo) request for a loan. His character’s name is actually Eom Hong Sik, which is Yoo Ah In’s real name. The actor agreed to make a cameo as a surprise birthday present for Song Hye Kyo.

His scene was only 40 seconds, but received a fervent response from viewers.

Meanwhile, “Descendants of the Sun” is quickly approaching the end! Watch it all over again starting with the first episode below:

Descendants of the Sun
Yoo Ah In
How does this article make you feel?