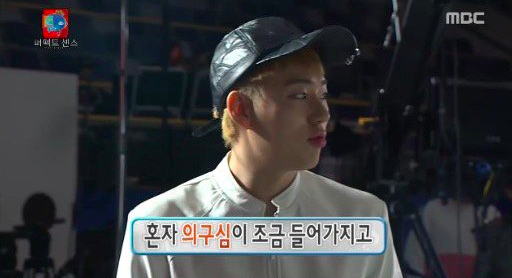 Watch: Zico Suspects the “Infinite Challenge” Members Are Playing a Prank on Him

On the April 9 episode of the MBC variety program “Infinite Challenge,” Block B’s Zico made an appearance as a guest on the show.

In the episode, professional magician Choi Hyun Woo performed for the members and guests, including a card trick. The magic show was part of the overall challenge, “Perfect Sense,” to test the sensitivity of the cast’s five senses. 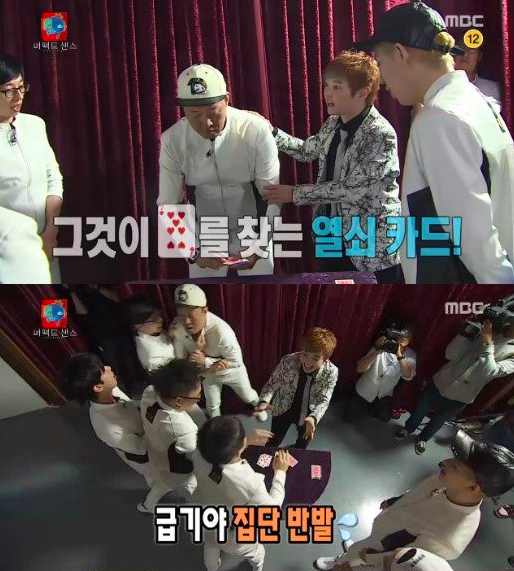 In the card trick, Yoo Jae Suk chose a card hidden to everyone except him, and afterwards the magician asks them to select a series of random cards from the deck. From that subset of cards, Yoo Jae Suk picks a final card – which turns out to be the card Yoo Jae Suk had chosen earlier.

The members and guests were so surprised that they keep turning the card over, trying to see how Choi Hyun Woo had done it. But Zico was so suspicious that he said, “I thought everyone was in on it except me. I thought they were playing a prank on me.” 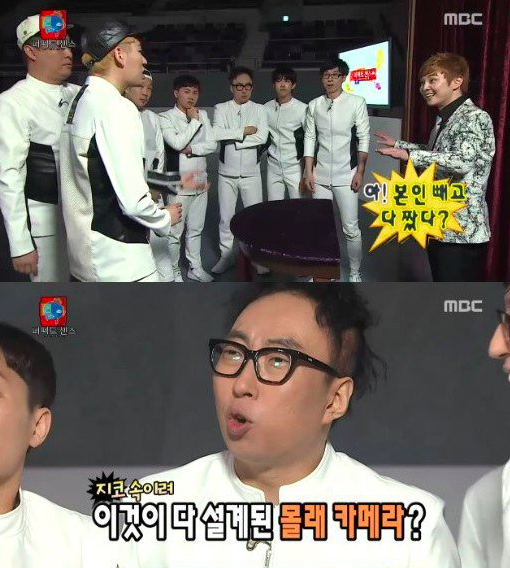 The members laughed and Yoo Jae Suk joked, “Yes, this entire test was just to play a hidden camera prank on Zico.”

Block B
Zico
Infinite Challenge
How does this article make you feel?