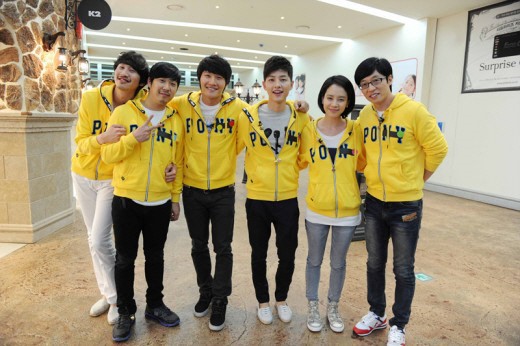 Lately Song Joong Ki’s popularity is off the charts, with his drama “Descendants of the Sun” topping viewership ratings of over 30%, a record that has not been achieved on a major broadcast network for four years.

In 2010, Song Joong Ki was one of the original members of “Running Man.” He won audiences’ hearts with his fierce competitiveness without caring about his “flower boy” image, as well as his friendship with same-age friend Lee Kwang Soo.

In 2011, Song Joong Ki dropped out of “Running Man” due to his conflicting movie schedule, but continued to maintain his friendship with the cast.

Recently, the “Running Man” producer Jung Chul Min spoke about the possibility of Song Joong Ki’s return. “The possibility is always there,” he said. “In a different interview, Song Joong Ki had said himself that he would appear if there was an opportunity. If he appeared, I think a lot of interesting things would happen.” 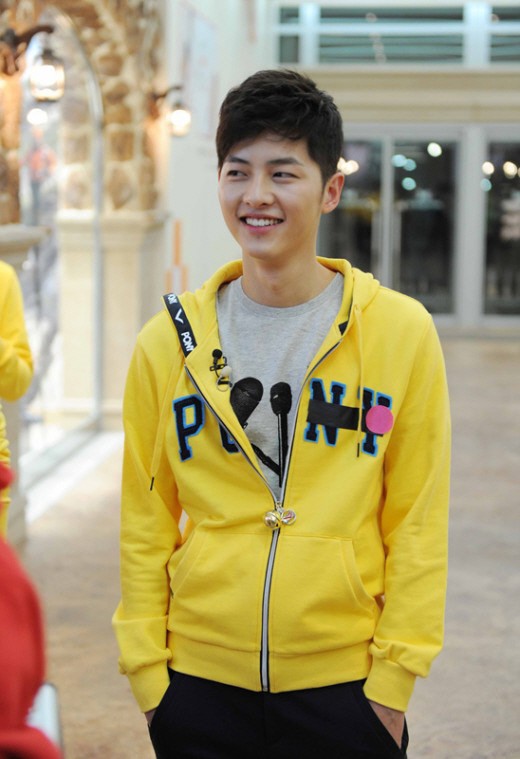 However, he joked, “But Song Joong Ki’s guarantee has changed a lot from the past. I wonder how much he would expect in appearance fees. I would have to ask Lee Kwang Soo. Lee Kwang Soo made a cameo in “Descendants of the Sun,” so I wonder if we could pay the same amount that Lee Kwang Soo received for that.”

Jung Chul Min PD was the youngest member of the directing team when Song Joong Ki was a regular member. “I was the youngest then, and Song Joong Ki and Lee Kwang Soo were the youngest of the members. I remember all of us holding water bottles and following our seniors around. And now one of them is ‘Asia’s Prince’ and the other is a huge Hallyu star. We would never have imagined we would get to where we are now. I’m glad that all of us are doing well.”

Do you want to see Song Joong Ki back on the show?

Song Joong Ki
Running Man
How does this article make you feel?