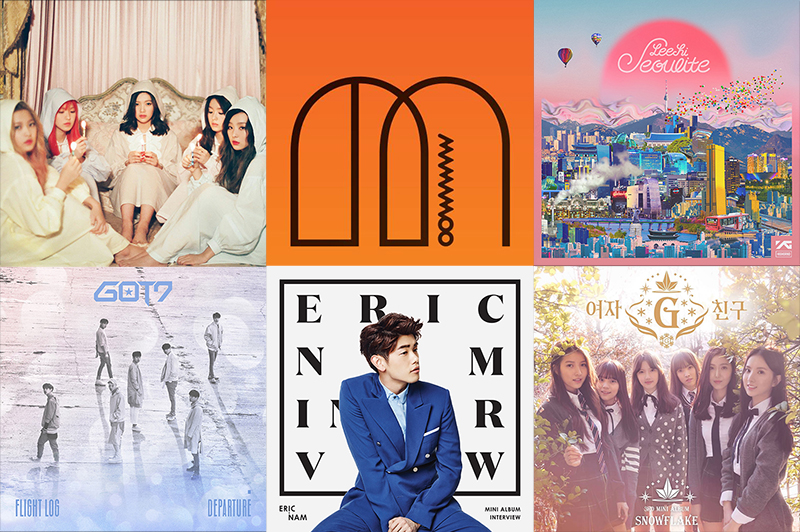 Mamamoo recaptured the top spot this week with “You’re The Best.” In a wide open week where several contenders are strong in some categories and weak on others, “You’re The Best” remains the most consistent hot song across the board. Overall, it is the third week that this song has spent on top of our chart. Congratulations again to Mamamoo.

A surprisingly high debut at No. 2 is Eric Nam’s “Good For You,” easily becoming his biggest hit to date. It tops his duet “Spring Love” with Red Velvet’s Wendy, which went up to No. 4. Riding the momentum of his appearance on “We Got Married” with Mamamoo’s Solar (who ironically is one place above him on our chart), “Good For You” benefited a lot as reflected on the high score on our Soompi Airplay. This song is the title track from Eric Nam’s second mini-album “Interview.” It is an R&B ballad telling the listener there will always be someone by their side when they are facing a hardship.

Rounding out the top three is last week’s No. 1 song, Red Velvet’s “One Of These Nights.”

There are two other new songs in the top 10 this week. Moving up eight spots to No. 5 is GOT7’s “Fly.” This is the title song from GOT7’s mini-album “Flight Log.” It is an electronic dance song with funk and hip-hop sounds. The lyrics are about learning to love a woman. “Fly” swept all the music shows last week. However, this song is not even listed on GAON chart’s top 100. It has to settle at No. 5 on our chart this week.

Debuting at No. 10 is Block B’s “A Few Years Later,” their first release in 19 months. This song is a preview single ahead of their full comeback. This is an R&B ballad written by member Zico and Park Kyung. It reflects how Block B has matured as a group from a few years back. The emotion of the song makes us redefining the identity of the group. It also shows us Block B’s music has evolved constantly over the years.