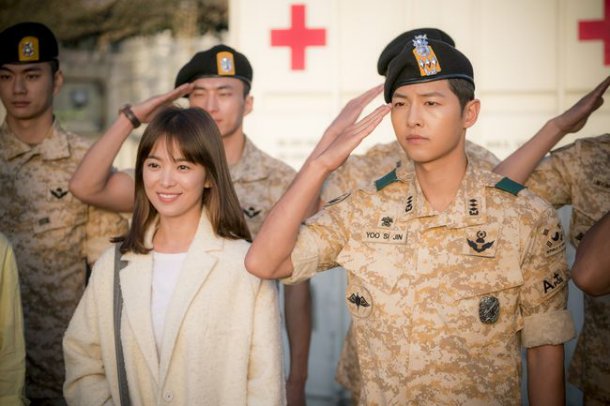 “Descendants of the Sun” Leads Ratings Even With Reruns

Even the reruns are hitting impressive digits. The April 9 rerun of the 14th episode attracted 11.4 percent of the potential nationwide viewership, easily beating other shows in the same time slot.

MBC‘s “We Got Married” came in second with 4.2 percent while SBS Sports‘ “KBO Samsung vs. Lotte” recorded 2.7 percent. The 13th episode of “Descendants of the Sun,” which aired one hour before the 14th one, reached 7.7 percent.

These ratings are impressively high for reruns, especially at a time where most drama episodes struggle to reach 10 percent even when they first air.

Meanwhile, “Descendants of the Sun” is consistently breaking records with ratings surpassing 30 and even 40 percent.

Catch the first episode of the phenomenal series below!