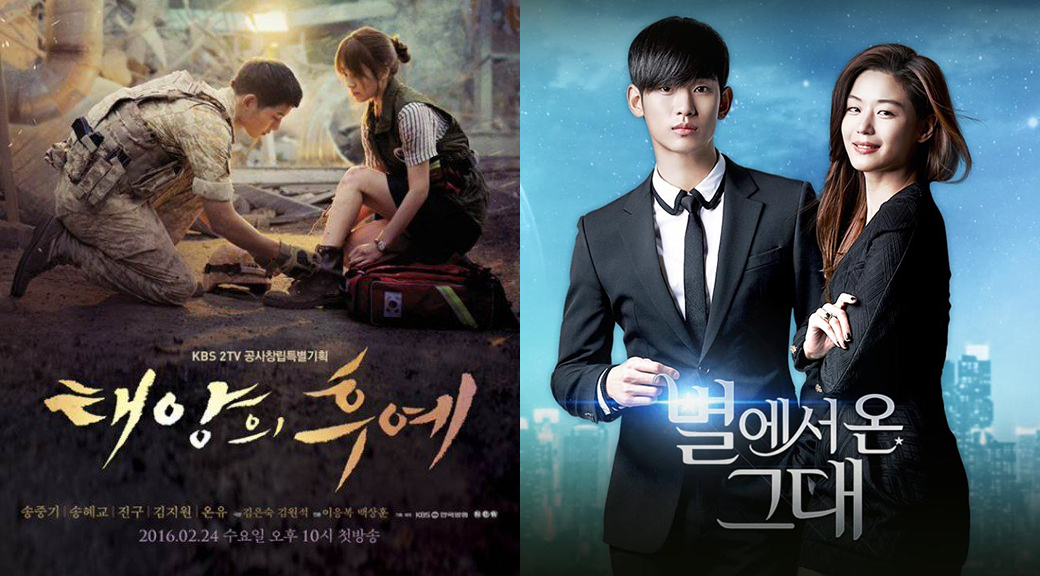 Despite the drama’s astronomical production cost, KBS’s “Descendants of the Sun” has brought in over 3 trillion won (approximately $2.6 billion), according to experts’ estimates, surpassing the record set by SBS’s 2013 drama “My Love From the Star.”

Any drama’s production cost is made up in several different manners, largely in part by the sale of international broadcasting rights and advertising revenue from product placement. For example, the Chinese online video platform iQiyi paid $250,000 per episode of “Descendants of the Sun,” and broadcasters in Japan paid around $100,000 per episode. Not only that, but the drama has been exported to about 32 countries across the globe.

Many viewers criticized the amount of product placement in the drama, calling episode 13 in particular a “product placement party” due to the fact that the characters have returned to Korea from the poverty-stricken Urk. Just in the episode alone, there were shots plainly showing brands such as Twosome Coffee, the new Hyundai Genesis EQ9000, Lotte’s Choco Pie, Subway, and so forth. A representative from Hyundai stated, “By the time the drama ends, we expect to see 110 billion won (about $95 million) in sales [thanks to the product placement].”

Between the revenue generated from the sale of international broadcast rights, the rights to air reruns, merchandise, OST track sales, and advertising, both KBS and production company NEW have stated, “It’s difficult to calculate the numbers because the drama hasn’t ended yet.”

Not only that, but lead actor Song Joong Ki has surpassed the numbers brought in by Kim Soo Hyun in “My Love From the Star” in appearance revenue, as well. It’s expected that Song Joong Ki will bring in around 100 billion won (around $87 million) in ad revenue from about 100 ads in Korea and China.

Meanwhile, “Descendants of the Sun” has established itself as an economic hard-hitter. It’s even contributing to the tourism industry, as the set is due to be rebuilt as a tourist attraction.

Make sure you’re caught up for the upcoming finale by watching the first episode below!