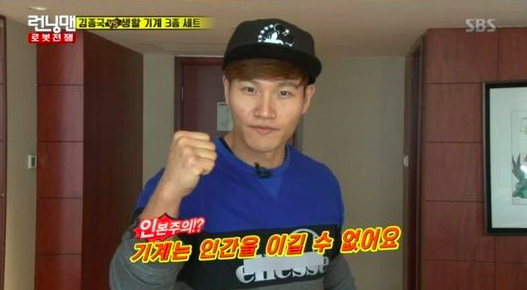 On the latest episode of “Running Man,” Kim Jong Kook shows off his strength with a showdown against… a juicer.

Kim Jong Kook wasn’t actually present for filming for the episode, which aired on April 10, due to the fact that he was in China for an awards ceremony. However, he did film a challenge alone while he was in China, and the members watch the video to see the results. 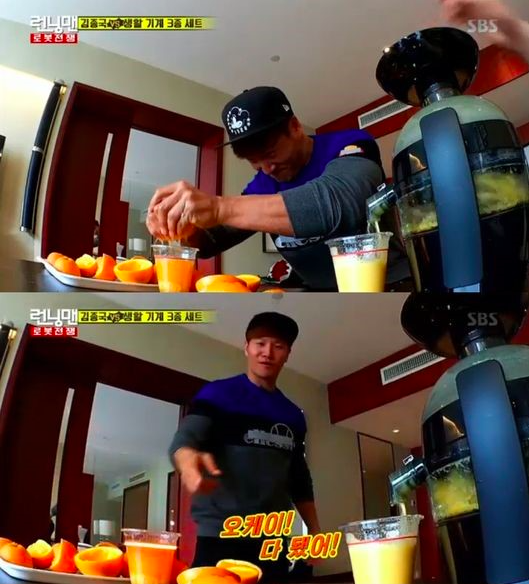 Seeing this, the members shout, “How could he have beaten the juicer?” and “He needs to take a dope test,” much to the amusement of the viewers.