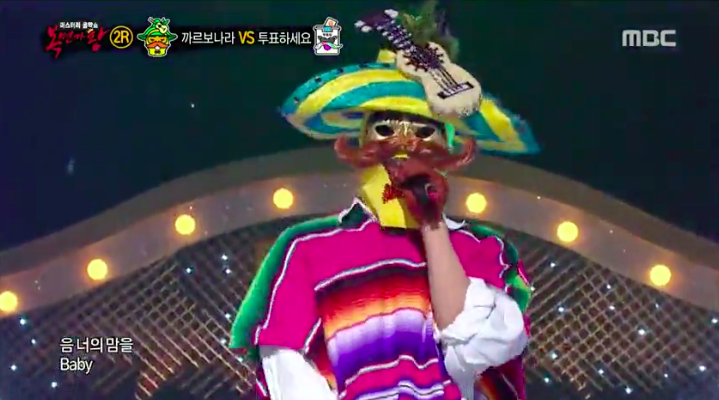 On April 10’s episode of MBC’s hit show “King of Mask Singer,” one of the contestants is revealed to be a member of a hugely popular veteran idol group.

The contestant Carbonara opens the episode by performing “Kiss Me” by Park Jin Young in the second round of the competition. Watch his performance below!

Afterwards, Kim Gura guesses that he’s g.o.d’s Son Ho Young, but the audience and panel disagree with him loudly. Hong Jin Young thinks that he might be Shinhwa’s Lee Min Woo, but Kim Gura protests, “No way, he’s short!” However, she argues that it’s his hat that’s making him appear taller.

Jo Kwon also says he thinks it might be someone from Shinhwa, and says to Kim Gura, “It’s definitely not Son Ho Young.” 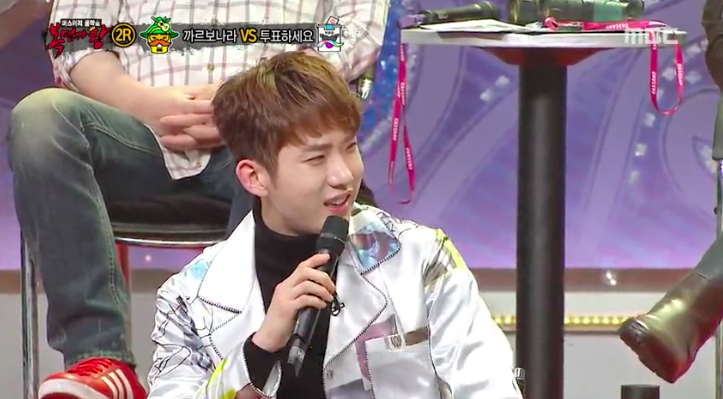 Carbonara is defeated by his opponent, and therefore has to remove his mask. When he takes it off, everyone sees that he is indeed Lee Min Woo! 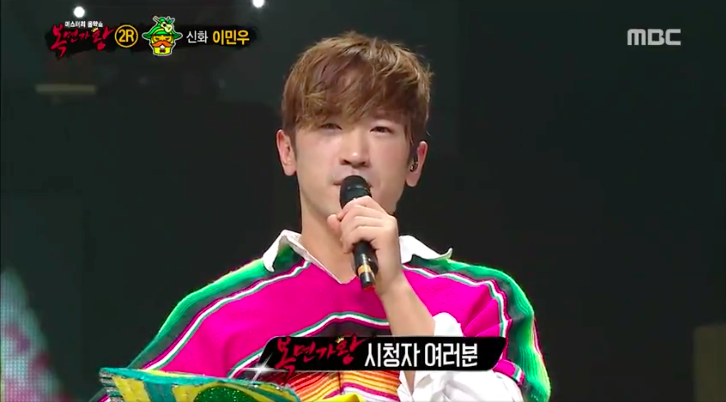 Host Kim Sung Joo says that most people think of Lee Min Woo as being primarily a dancer in Shinhwa, and not one of the main singers. Lee Min Woo replies, “Everyone knows that Shin Hye Sung is our group’s main vocalist, but Kim Dong Wan and I are both sub-vocalists.” He then jokes, “But it’s because of us that Shin Hye Sung seems so great.” 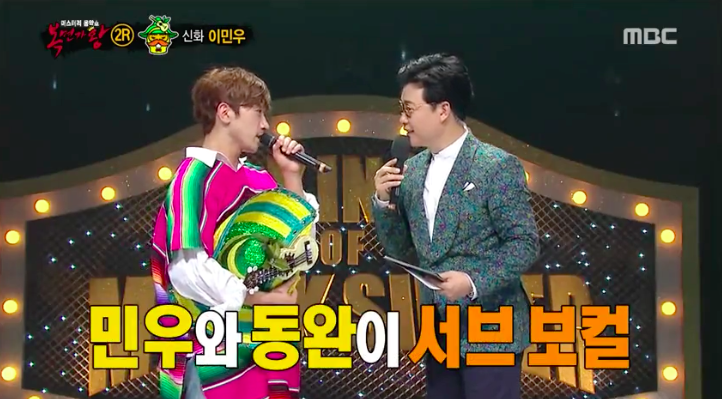 Kim Sung Joo also says to him, “None of the members of Shinhwa are married yet. Who do you think will be first?”

Lee Min Woo jokes in reply, “I think we’ll all have to do it together.”

Shinhwa
Lee Min Woo
The King of Mask Singer
How does this article make you feel?