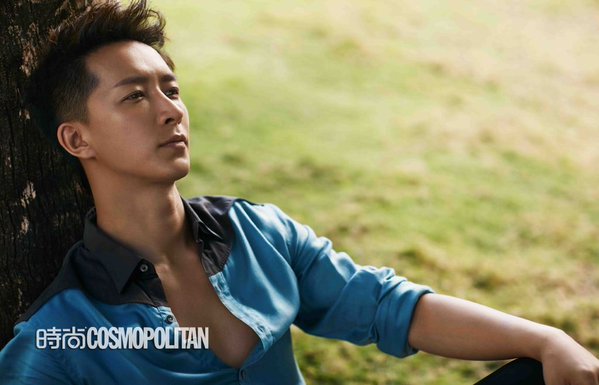 On April 9, both Han Geng and Lee Soo Man attended the 16th Top Chinese Music Awards in Shenzhen, China. Han Geng received the Best Male Singer award that night, and during his acceptance speech, he thanks his fans and staff for all their support.

He goes on to say, “I’m especially grateful to Lee Soo Man. He is the reason I am on this stage, because he led me on the path to becoming a singer.”

“If it wasn’t for Lee Soo Man, I wouldn’t be on this stage right now as a singer. I would like to take this chance to thank him,” Han Geng says, and then bows.

Han Geng debuted as a member of Super Junior in 2005, and left the group in 2009 after filing a lawsuit against SM Entertainment, citing the agency’s unlawful and discriminatory treatment. He has since become a hugely successful singer and actor in China.