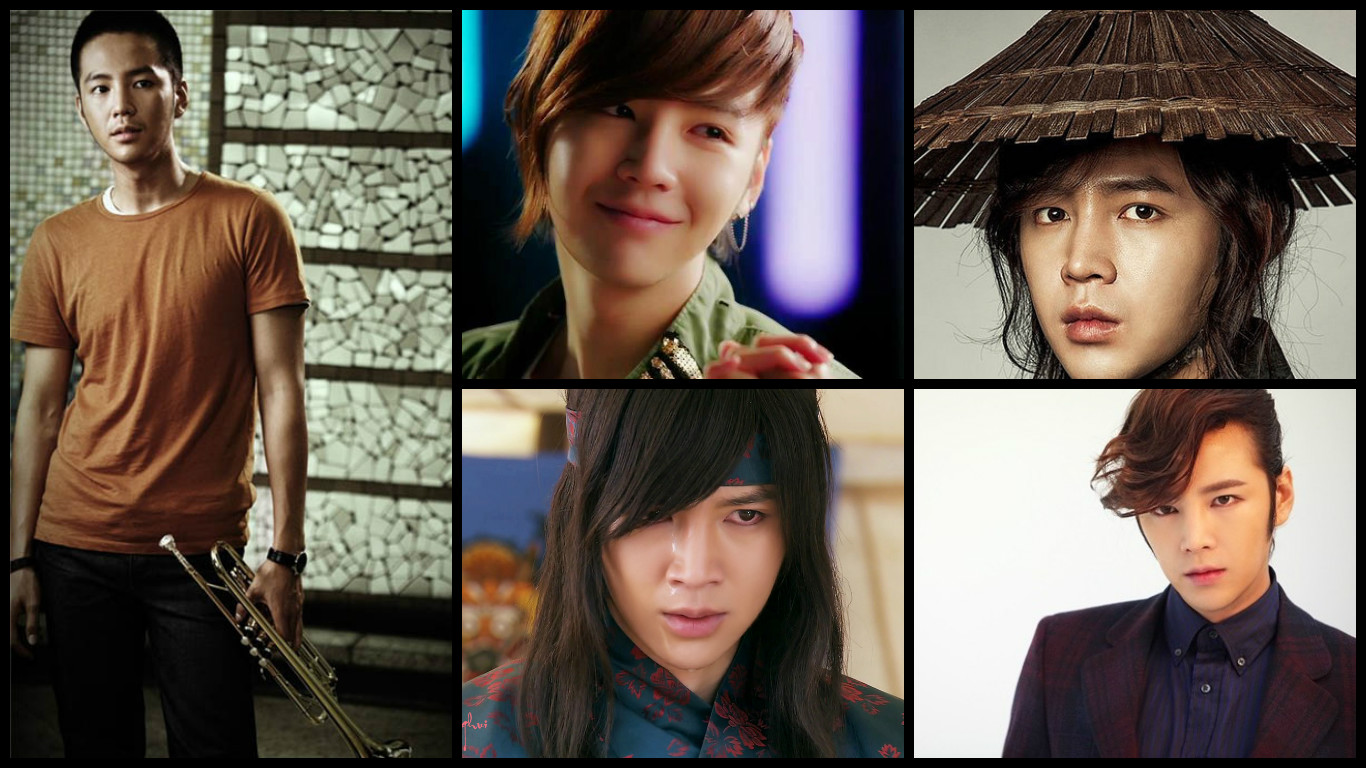 The year is 2009. The drama is “You’re Beautiful.” The heartthrob is Jang Geun Suk.

If you didn’t know Jang Geun Suk before his career-defining performance as Hwang Tae Kyung in the Hallyu-changing drama, then this drama probably put him on your radar. He may have recently taken a hiatus, but he’s back to prove his chops in Jackpot. While we’re waiting for the next episodes to come out, let’s reminisce about all of his best roles on the small and silver screen from 2006 until, well, now. 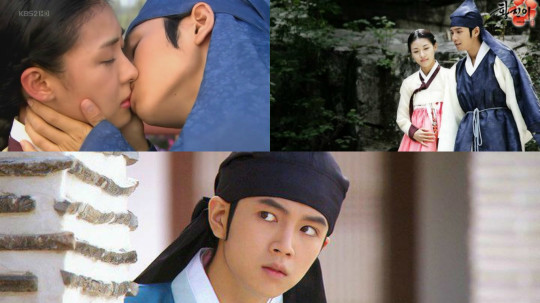 At the age of 19, baby-faced but already manly, Jang Geun Suk took on the role of Ha Ji Won‘s lover and stole not only her heart but ours. His effervescent performance showcased his talent, and his quiet on-screen death made us cry. The only thing more tragic than that is the fact that we didn’t get to see him for the rest of the drama! 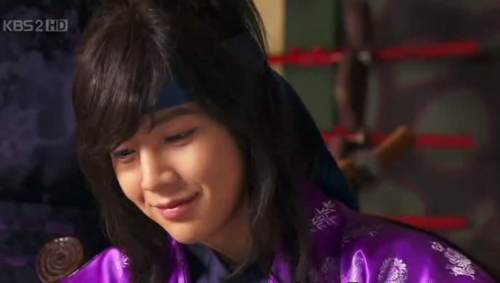 2008 found Jang Geun Suk in another sageuk, or historical piece, but this time his role was much more serious. He was a stern prince determined to prove himself and to the lady he grew to love. Unlike his later roles that showcase his comedic ability, charming smile, and winsome antics, his role as Lee Chang Hwi was all about his ability to emote through his eyes. It allowed him to prove his mettle as a more serious actor. Thankfully, there were a couple of his trademark smiles to keep us satisfied. 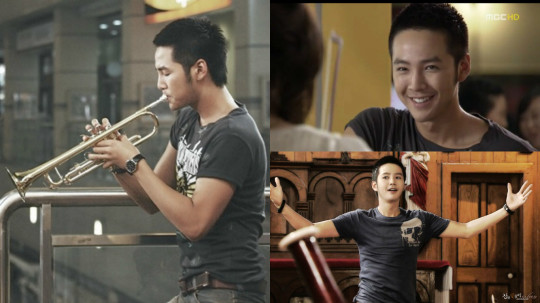 The musician in me was ecstatic to see that Jang Geun Suk had taken on the musical, trumpet-playing genius Kang Gun Woo in “Beethoven Virus.” Although made in the same year as “Hong Gil Dong,” the role was much more mature. He played a young musician on the brink of discovery, learning, and love. His genius made him hot-headed, and his rival made him impulsive. All of these were things Jang Geun Suk had to tackle as well as the difficulties of classical music, and he did it so well.

Let me take a minute and spam you with a couple of the many wonderful faces of Hwang Tae Kyung in “You’re Beautiful.”

This role took on the lifestyle of Hallyu stars at a time when Hallyu was just ready to break out internationally. Jang Geun Suk defined the cool, calm, OCD, handsome, rich entertainer and gave him many lovable quirks such as his infamous pout and snarky eyebrow raise. He played the emotionally stunted but physically grown man-child with heart-breaking acuity. I still get teary when I think about him crying alone in the bathroom because his own mother doesn’t remember that he’s allergic to shrimp. Or how about the many moments he shared with the Pigrabbit in place of Go Mi Nam?

Just in case you forgot. Here are a few more adorable GIFs to jog your memory:

To continue the slew of adorable faces, Jang Geun Suk next appeared in “Marry Me, Mary!” Well, perhaps that wasn’t the real reason, but he sure did continue his flower boy image as pretty rocker Kang Moo Gyul. This role allowed him to once again bust out his musical prowess, look sexy playing the guitar, and be one half of the strongest pairings he’d been in to date with Moon Geun Young. Although the drama was a tad scattered, Jang Geun Suk’s performance was not. His quirky personality manifested itself and made Moo Gyul one lovable, poor, starving musician.

The movie was based on the extremely popular manga and J-drama, and pretty much no other actor but the pretty and goofy Jang Geun Suk could’ve played the titular “pet” in “You’re My Pet.” Sadly, the film didn’t do well, but as you can see from the GIFs, Jang couldn’t have been cuter as a human puppy. When onscreen, Jang Geun Suk has a wonderful way of losing all inhibitions and just letting himself go crazy. I thank him for it. Without him, these GIFs would not be possible. 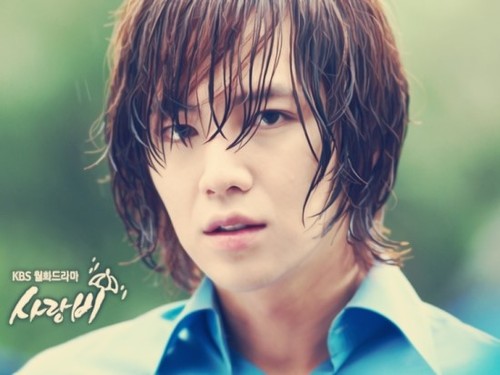 “Love Rain” was a special challenge for Jang Geun Suk in that he had to play a father in his youth as well as his son in the modern day. These types of dual roles can really showcase an actor’s ability to change and shift, or they can leave us less than impressed. Jang Geun Suk was adorable as young Seo In Ha, but it was as Seo Joon that he really proved his ability to adapt. It was in this role that he brought back the raw emotion of Hwang Tae Kyung from “You’re Beautiful.” Jang Geun Suk really resonates with the artsy roles. 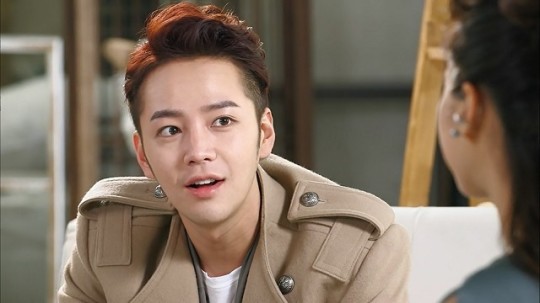 If I haven’t mentioned it yet, Jang Geun Suk is one pretty Hallyu actor. Manhwa adaptation “Beautiful Man” takes advantage of that fact and his proven acting ability to bring pretty to the screen figuratively and literally. Although the drama was lackluster, Jang brought to it his usual charisma, deep voice, and innate sense of line delivery. 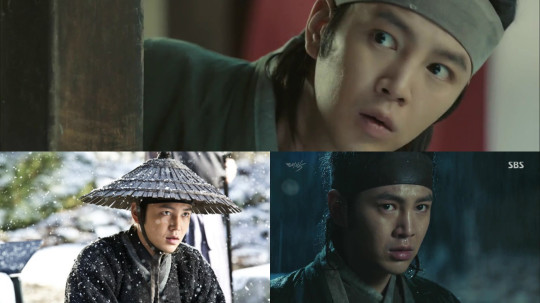 We can’t forget “Jackpot,” which is currently airing on SBS on Mondays and Tuesdays. In it you’ll find that Jang Geun Suk has deviated from his pretty boy image and taken on a more slovenly, comedic role. This comes after a hiatus from drama and film, and some internal reflection. We can see that the time away did him good. His performance is quite free. This is just the beginning, however. That means we’ll surely get to see many more faces of Jang Geun Suk in “Jackpot” and in his many roles to come.

If you haven’t already started watching, you can catch the first episode below:

Soompiers, which are your favorite Jang Geun Suk roles?