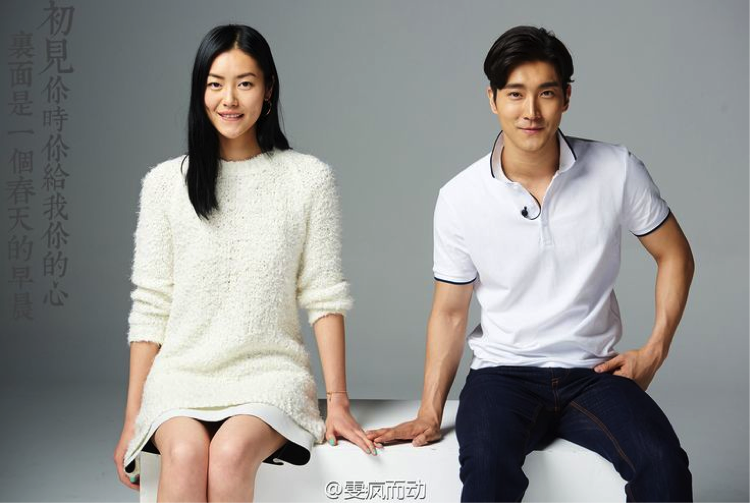 Okay, okay, so I know they aren’t actually a couple. Yet. And I know he’s currently serving his two years in the military, but let’s use this as an opportunity to look back on the top seven moments when “We Are In Love” virtual couple Chinese supermodel Liu Wen and her oppa, Super Junior’s Choi Siwon, are seriously relationship goals. If we can’t look like them (WHY IS LIFE SO UNFAIR *cries*) at least we can aspire to be like them in our own relationships. At least. *sigh*

7. When they’re being gorgeous AF 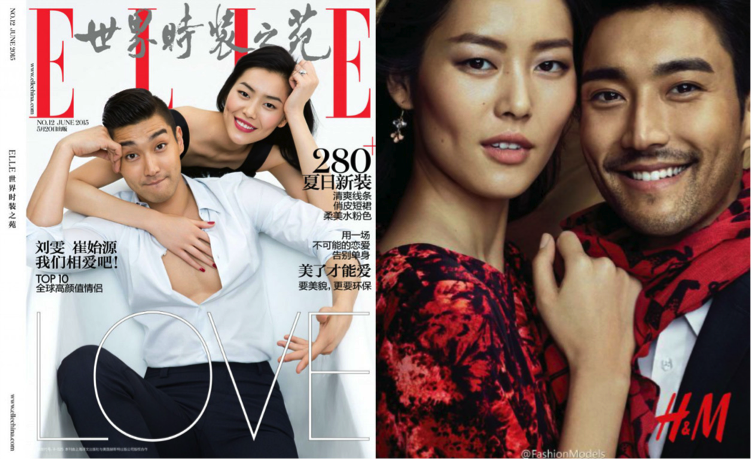 First things first, no matter what your opinions are on this pairing, you have to admit; they are one aesthetically pleasing couple. Just look at them looking flawless for their Elle and H&M photo shoots. And they’re not even trying. Ugh. I wonder what it’s like to wake up every morning, look into the mirror and see perfection.

6. Their cheese levels are off the charts 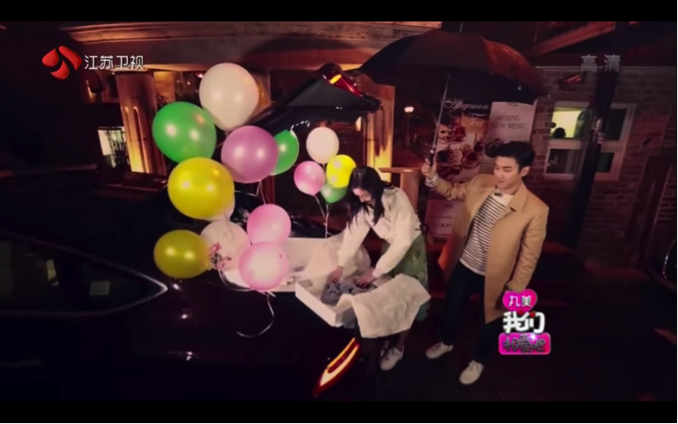 Well, at least Siwon’s are. He is cheese personified. You know that one scene in that one K-drama that made you cringe from the cheese, well Siwon has probably re-enacted that scene. He actually surprised Liu Wen with a trunk full of balloons and gifts. Who actually does that in real life? Siwon does. Of course there’s nothing wrong with being cheesy. Why take yourself seriously when you can make your significant other smile a smile as radiant and beautiful as the smile that appears on Liu Wen’s face whenever Siwon surprises her with a romantic gesture? So keep being yo’ cheesy self you. You do you Siwon!

5. They express their love through food 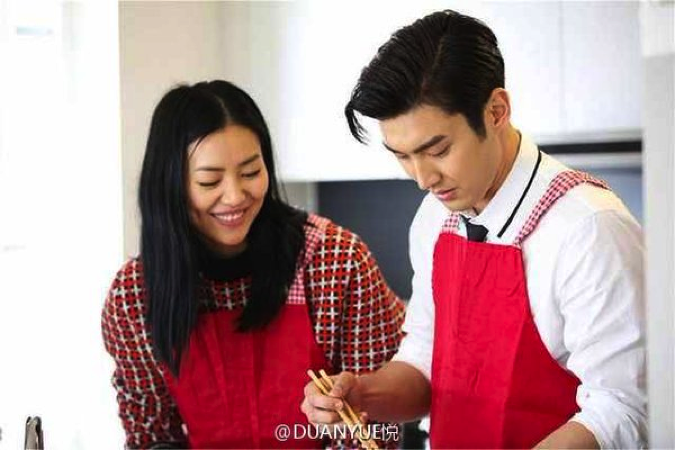 As they say, cooking is love made visible and what better way to show your significant other your heart than to cook them a meal? Our WonWen couple is no stranger to the kitchen, cooking for and with each other constantly, like the time when Liu Wen made longevity noodles for Siwon’s birthday and failed. Although the noodles turned out tasteless, Siwon ate every single bite of it while complimenting it profusely just to make her happy. That, my friend, is a true gentleman.

4. They teach each other 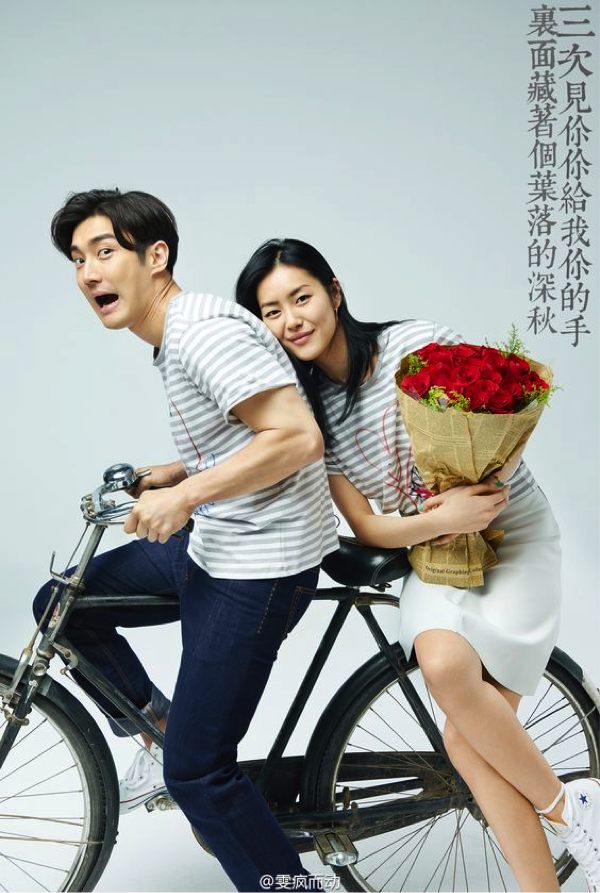 Give a man a fish and he will eat for a day. Teach him how to fish and he will eat for a lifetime. And in this obscure analogy, instead of just giving Liu Wen a simple bike ride, Siwon teaches her how to ride a bike instead. Such an intimate activity is great for promoting trust in any relationship. So go out there and find your fishing companion. Or whatever will make this analogy work for you.

3. She writes him letters 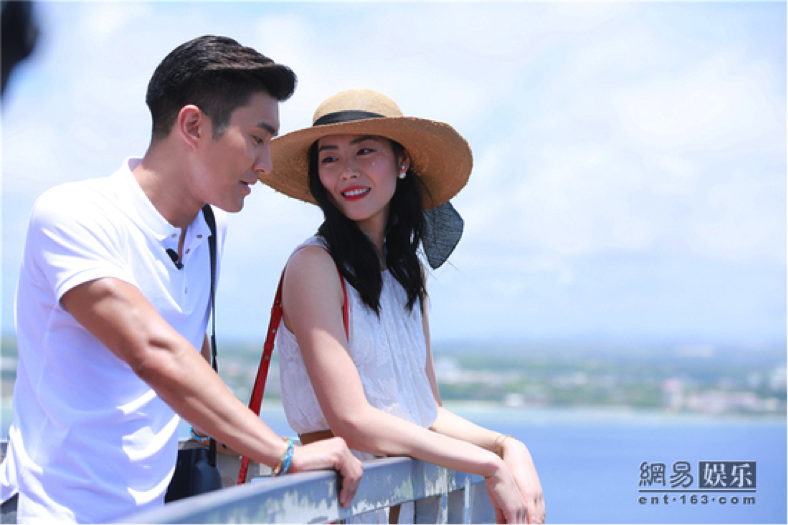 A tried and true romantic gesture; love letters are one of the quintessential corner stones of romance. Or at least they were before this modern age of technology made such letters a dying craft, but who doesn’t want to receive a handwritten letter from a loved one? I sure as heck know I do! In a throwback to a romanticized and simpler time, Liu Wen actually does just that and writes Siwon a sweet letter reminiscing about their time together and expressing her feelings for him. Jane Austen better watch out.

2. There’s unconditional support between them

Supporting each other is a crucial element of a strong relationship and our multi-lingual WonWen couple clearly understands this. Liu Wen has attended the premiere of Siwon’s film “Helios” and even flew to Korea for his Super Junior concert. Everybody together now: awwwww. 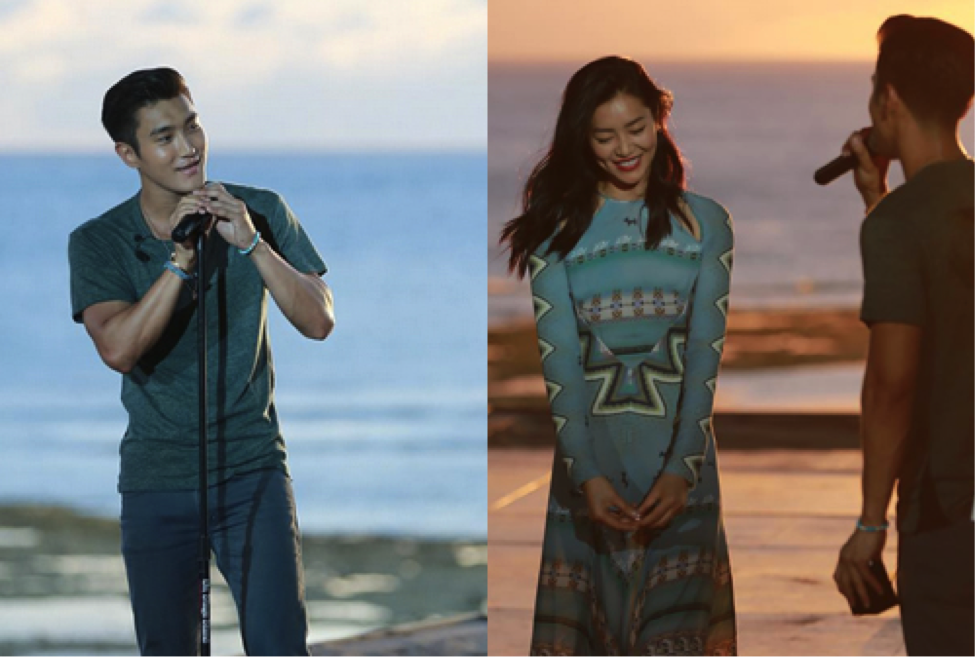 As a member of Super Junior, there’s no doubt that Siwon can sing, but when he sings just for that special someone, it’s a completely different feeling. On their last episode together, Siwon pulled out all the stops and serenaded Liu Wen with his melodic voice with beautiful Guam as a backdrop. *Swoon*

Soompiers, are there any other WonWen moments I missed and should be added to the list?

autumn93 is a lifelong asiandramaholic; she actually can’t remember a time when she hasn’t been drunk off of dramas. It’s a real and serious problem. Doctors are still struggling to find a cure. Besides dramas she also happens to enjoy food and Twitter.

Super Junior
Soompi Spotlight
We Are in Love
Liu Wen
Choi Siwon
How does this article make you feel?