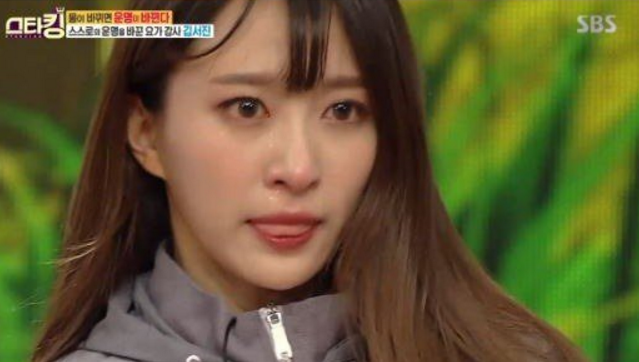 Over the past week, Hani has received negative attention for shedding tears on shows “Baek Jong Won’s Three Great Emperors” and “Star King.” Some netizens have pointed out how Hani’s attitude seems to have been changed over her recent hiatus, and how they miss her bright and outgoing character. Others have downright criticized her for acting “unprofessional.”

On the April 12 broadcast of “Star King,” yoga instructor Kim Seo Jin chooses Hani as the cast member who she feels most concerned about and recommends her to try “healing yoga.” At first, Hani is extremely hesitant to try the suggested couple yoga pose with the instructor, and appears scared to give full control over her body to someone else. When they finally succeed in recreating the challenging pose, Hani bursts into tears. 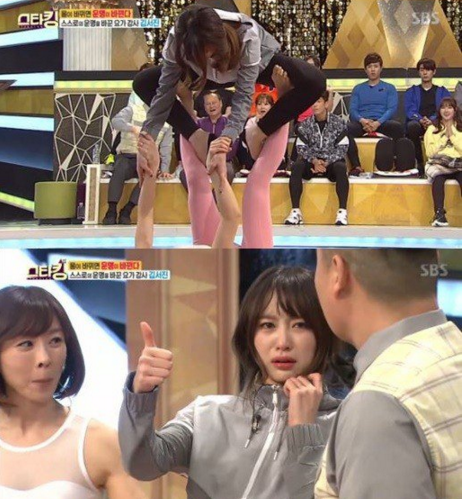 Addressing this issue, PD Kim Tae Hyun comments to local news outlet OSEN, “It was not clearly featured in the broadcast, but the yoga teacher’s life changed thanks to yoga. The teacher had experienced many hardships in life, but yoga helped her overcome them. This evoked an emotional response in Hani while trying yoga.”

“Only a short clip of the yoga part was aired due to editing. In reality, the situation went on for around 30 minutes. Hani was extremely scared of that yoga pose and failed multiple times. However, when she finally succeeded in doing the pose, she started shedding tears of joy,” the PD explains what happened during the filming, and emphasizes, “Her tears of joy were shed after overcoming her fear, and personally, I find the response [by netizens] very unfortunate.”

EXID
Star King
Hani
How does this article make you feel?