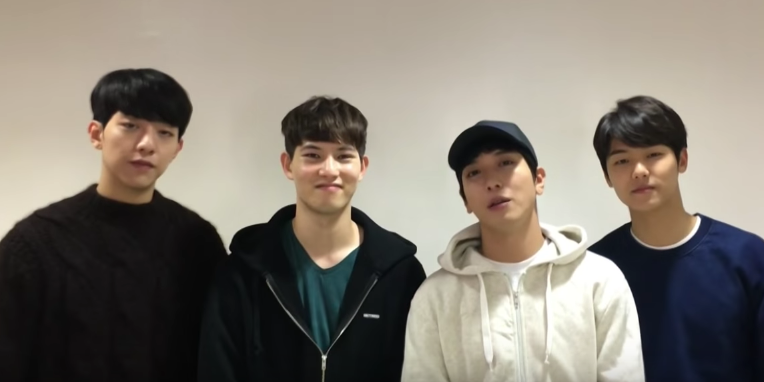 CNBLUE has grabbed their second trophy for their new track “You’re So Fine”!

The group was up against MAMAMOO, BTOB, 10cm, and K.Will for the top place in this week’s episode of “Show Champion.” In their recorded video, leader Jung Yong Hwa says, “They say we won first! Thank you! We’ll keep working hard. I think we received this award because of our fans, so thank you. Please continue to love us in the future.”

This is CNBLUE’s second win for “You’re So Fine” after taking home the trophy on “The Show” on April 12.

April 13’s episode of “Show Champion” included no new performances, and instead was a special that included clips of artists and groups doing things such as reading out mean online comments, talking about their former special fan-created stages, doing missions, and more. “Show Champion” will be returning to its regular live broadcasts next week on April 20.

CNBLUE
Show Champion
How does this article make you feel?