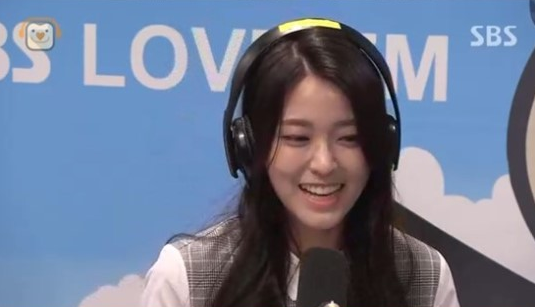 AOA’s Seolhyun Reveals What Quality She Appreciates in a Man

AOA‘s Seolhyun has given a little insight into her ideals regarding men and relationships.

On the April 13 broadcast of SBS LoveFM‘s “Song Eun and Kim Sook’s Unnie Radio,” she joins the radio hosts in discussing listeners’ concerns about dating. One listener explains how her boyfriend treats her almost too well, and she doesn’t know what do think of his behavior.

Hearing this, Seolhyun says, “That’s so nice. I think it’s nice when men treat you well,” revealing that she likes caring men.

DJ Song Eun then asks Seolhyun to choose between a man you love and a man who loves you. Seolhyun picks the first one, and explains, “I’d rather be with the man I love.”