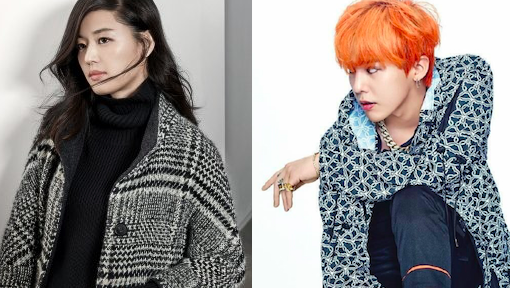 After being on maternity leave for several months, Jun Ji Hyun is planning to make a return to the public eye soon, and her first project will reportedly be an advertisement co-starring BIGBANG’s G-Dragon!

Jun Ji Hyun went on maternity leave last October, and gave birth to her son this February. She is said to be preparing to return to work in May because she is no longer able to push back the filming of commercials for her signed brands.

A source in the advertisement industry told Sports Seoul on April 13, “May to June is when new commercials for the summer have to be filmed. In Jun Ji Hyun’s case, she has a lot of commercials for renewed contracts, as well as new contracts. She’s getting ready to begin filming again starting next month.”

The source adds, “She has shoots planned for fashion and beauty brands, and the very first shoot will be for Shinsegae Duty Free Shop with BIGBANG’s G-Dragon.”

According to a source from the entertainment industry, Jun Ji Hyun has been flooded with scripts for television shows and films during her maternity leave, but no decisions have been made yet about what her next work will be.

BIGBANG
G-Dragon
Jun Ji Hyun
How does this article make you feel?