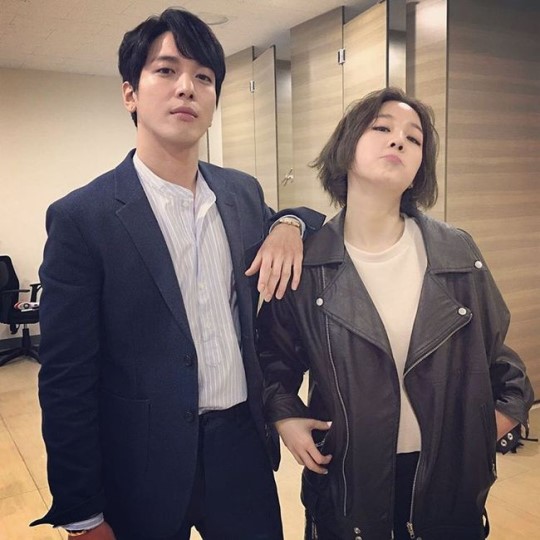 On the episode of “Sugar Man” aired on April 12, Jung Yong Hwa participated as the producer for Yoo Hee Yeol’s team and restyled The Name’s “The Name” into something entirely different. Park Bo Ram appeared as the team’s showman and showed great teamwork with Jung Yong Hwa, as well.

After the show, Jung Yong Hwa took the time to talk about his appearance through his managing agency, FNC Entertainment.

“I’ve been writing and arranging my own songs, but rearranging a song I used to love was like a different challenge for me,” he said. “That’s why I wanted to try it out. I worked my hardest, and I thoroughly enjoyed it,”

“I thought that the piano intro from the original song is what made the tune memorable. That’s why I used the piano line in the first verse to keep the vibes of the original song, then changed the rhythm to give it a different feel while keeping true to the originality of the song. It was an honor to be able to rearrange a song I sang so often when I was younger,” he said, explaining his decisions in producing.

Meanwhile, CNBLUE, the group in which Jung Yong Hwa is the leader of, released their newest song “You’re So Fine” on April 4.

Sugar Man
CNBLUE
Jung Yong Hwa
How does this article make you feel?