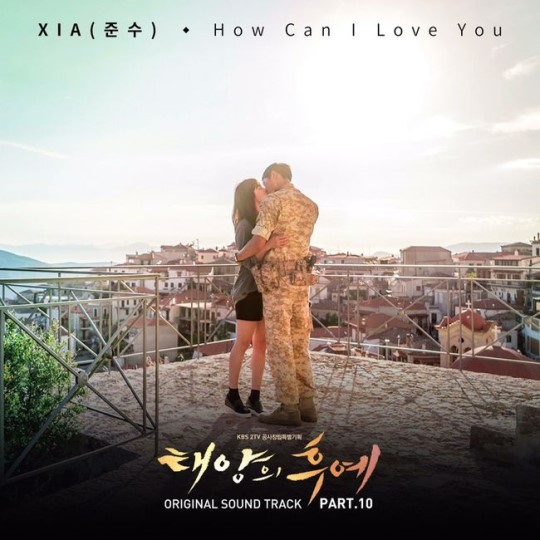 Although the highly popular KBS drama “Descendants of the Sun” is nearing its final episode, the original soundtracks (OSTs) continue to perform well on music charts.

The song “How Can I Love You” was released under the name XIA Junsu on April 14 at midnight KST. Less than an hour after its release, it achieved an all-kill on all major music charts, taking No. 1 on MelOn, Mnet, Naver Music, Genie, Olleh, and more.

Part of the song was aired as a surprise for viewers in Episode 8 of the drama and since then anticipation for the full digital single has been building among fans. It is Part 10 of the full “Descendants of the Sun” OST, which has been performing well on music charts since the drama started airing.

Like many songs in the drama, Junsu’s OST is a love song dedicated to the couples in the show. In March, Junsu held a ballad spring concert in Nagoya and Tokyo and several fans were spotted with placards reading “I want to hear the ‘Descendants of the Sun’ OST” in a testament to the singer and the drama’s popularity.

Descendants of the Sun
Junsu
JYJ
How does this article make you feel?