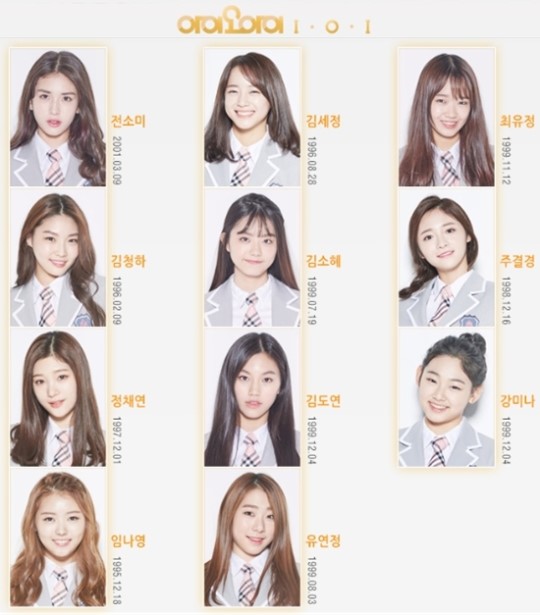 I.O.I’s First Official TV Event as a Whole to Be on “Sugar Man”

I.O.I will be appearing on the variety show “Sugar Man” soon.

An affiliate of I.O.I stated on April 14, “I.O.I will record ‘Sugar Man’ on April 20. This will be their first official event as a whole.”

I.O.I members will be practicing their song for the show as soon as the remake is ready. It is very likely that they will try to focus more on the performance of the song since that’s what they are most known for.

The affiliate continued, “Since I.O.I members are busy working on their new songs and getting ready for their showcase, ‘Sugar Man’ will probably be the last variety show appearance before their debut.”

Meanwhile, I.O.I will be releasing their debut album on May 4 and will hold their showcase and fan meeting on May 5.

Sugar Man
I.O.I
How does this article make you feel?