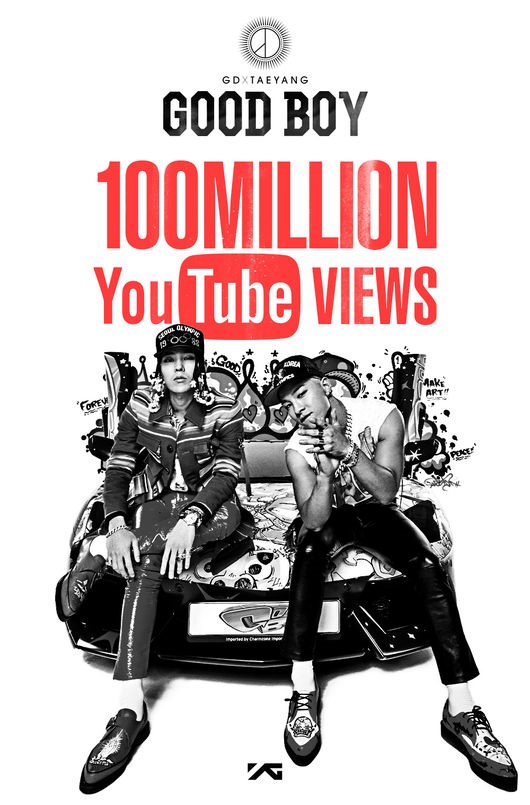 BIGBANG has made yet another impressive accomplishment.

On April 14, BIGBANG members G-Dragon and Taeyang‘s “Good Boy” music video passed 100 million views on YouTube, a record many dream of reaching. YG Entertainment released an image on their official blog in celebration of this achievement.

The music video was originally released in November 2014, and since then, has consistently broken its own record time and time again. It reached 10 million on December 2, 2014, and broke the 50 million mark a few months later, in April 2015.

Directed by world-famous Colin Tilley, the music video for “Good Boy” is known for its unique camerawork and extravagant visual effects. It was recognized overseas by distinguished international press such as Billboard, FUSE TV, Complex magazine, and HYPETRAK.

Meanwhile, BIGBANG is currently in the midst of their “2016 BIGBANG MADE [V.I.P] TOUR,” which began on March 11.

Congratulations to G-Dragon and Taeyang!

If you haven’t yet, watch this record-breaking music video below!

BIGBANG
G-Dragon
Taeyang
MV Record
How does this article make you feel?