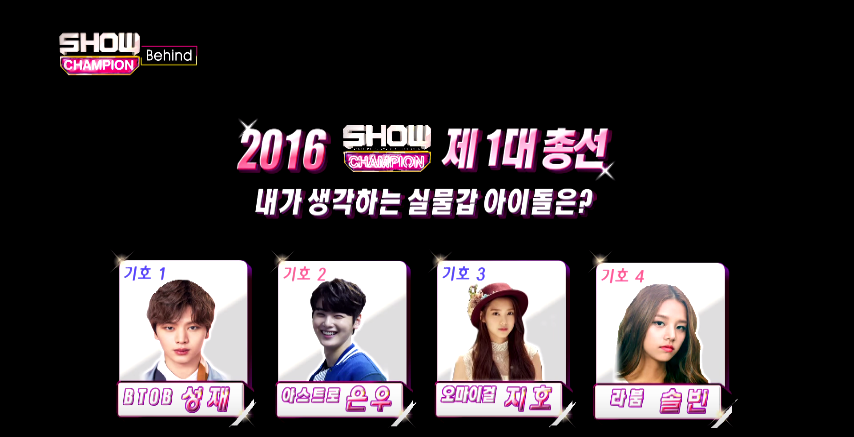 Watch: Idols Vote on Which Idol Is Best-Looking in Real Life

In a special behind-the-scenes clip on MBC’s “Show Champion,” currently promoting idols voted on who they thought had the best body, who was the best-looking in real life, who had the sweetest voice, who would survive the longest in the army, and which rookie group to look forward to in 2016.

And the winner for “Best-Looking in Real Life” was taken by BTOB’s Yook Sungjae! He was up against ASTRO’s Eun Woo, Oh My Girl’s Jiho, and LABOUM’s Solbin.

Not only did his fellow BTOB members vote for him, but so did a few of the members of ASTRO and KNK! Both rookie groups shared how they were taken by surprise when they saw him backstage at another music show. In a short speech, Yook Sungjae thanked everyone who voted for him and said, “I will try to become even better-looking in the future.”