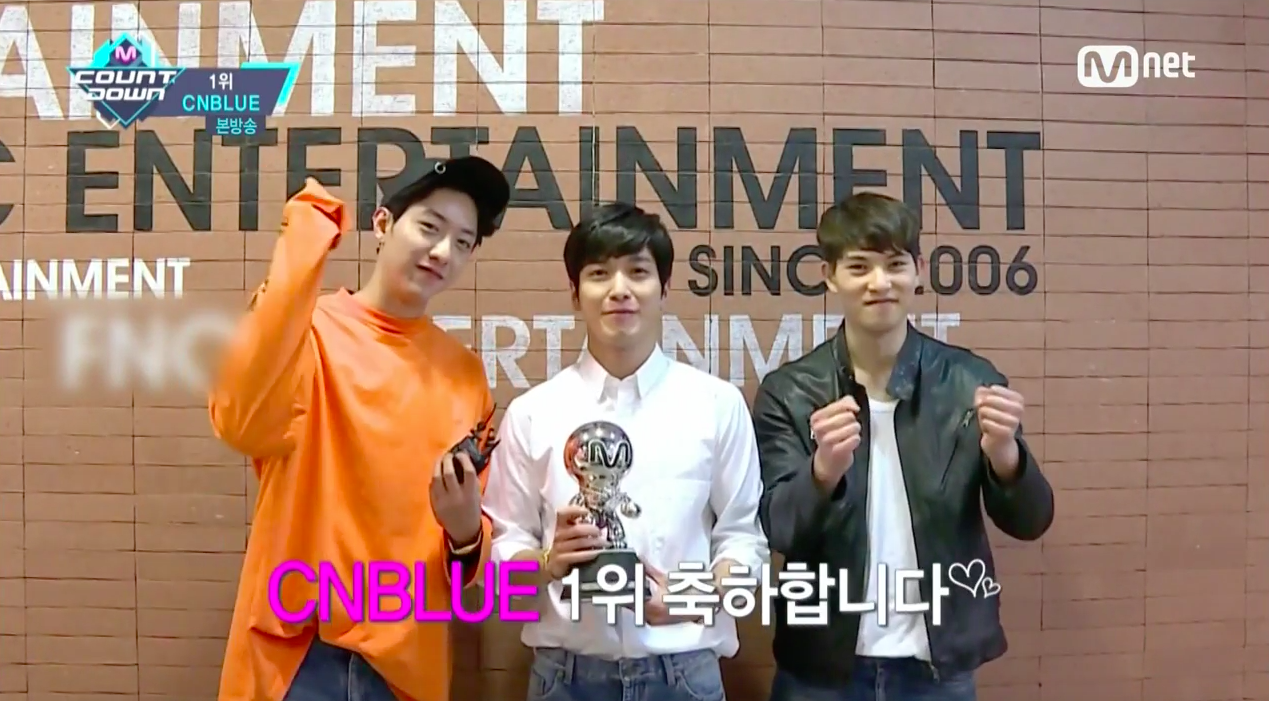 CNBLUE Grabs 3rd Win for “You’re So Fine” on “M!Countdown,” Performances From KCON Japan by 2PM, WINNER, and More

CNBLUE has taken home their third trophy for their latest track “You’re So Fine,” this time on Mnet’s “M!Countdown”!

CNBLUE won first place on April 14’s episode of “M!Countdown,” with BTOB coming in second, Eric Nam in third, and GOT7 in fourth. Instead of live performances, the show aired performances from KCON Japan this week, and so the guys gave their thank you speech over a recorded video (which is missing member Kang Min Hyuk). Leader Jung Yong Hwa says, “Thank you for this great award, it’s because of our fans that we’ve received it. Thank you once again, and we’ll keep working hard!”

Lee Jung Shin adds, “It’s too bad that our member Kang Min Hyuk was unable to be here today due to a schedule conflict, but thank you, everyone!”