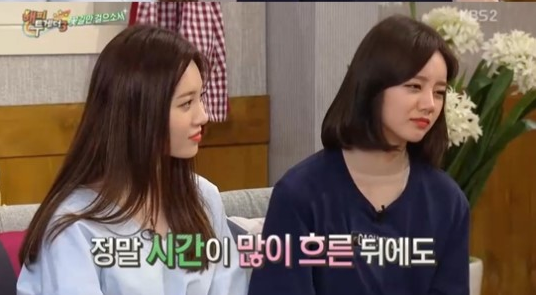 Yura and Hyeri Affirm the Strong Bond Within Girl’s Day

You can count on the strong friendship between the Girl’s Day members!

On the April 14 broadcast of the KBS variety show “Happy Together,” the topic of the show was “Walk On a Red Carpet of Flowers” and starred Girl’s Day members Yura and Hyeri, Lee Se Young, and Choi Sung Won as guests.

On this day, Hyeri shared about her immense popularity, revealing that she has filmed 14 commercials and that even the elderly in their 70’s can recognize her.

Yura spoke fondly of her fellow member, saying, “We think of each other as nearly family. We want each other to do well. Because we faced some difficulties as a group before, we believed we will do well. There was a time when we promoted trusting entirely on Hyeri. If Hyeri becomes popular, she will pull us up with her.”

When asked if Hyeri has changed with her popularity, she firmly answers, “Hyeri is exactly like she always was. We hang out like we always did.”

Upon hearing these words from Yura, Hyeri tears up, saying, “It has bothered me a bit. We’re all doing well but I do keep thinking about it. But my unnis all support and encourage me.”

The two girls also shared about how they had to diet when they were trainees and how difficult it was for them. Perhaps that’s why they are now known as the mukbang (eating broadcast) sisters, showing off their close friendship once more.

They revealed more insight into the dynamics of the group, saying, “Even if we get a boyfriend, we share the news with each other. We share everything with each other. It feels like we’ve known each other since we were born. I bet we know each other better than our mothers.”

However, despite how close they are, Yura laughed as she said that the members do want to live independently now, instead of all together in one apartment. Even if they do live separately, Hyeri and Yura vowed that the members will all live close to each other. 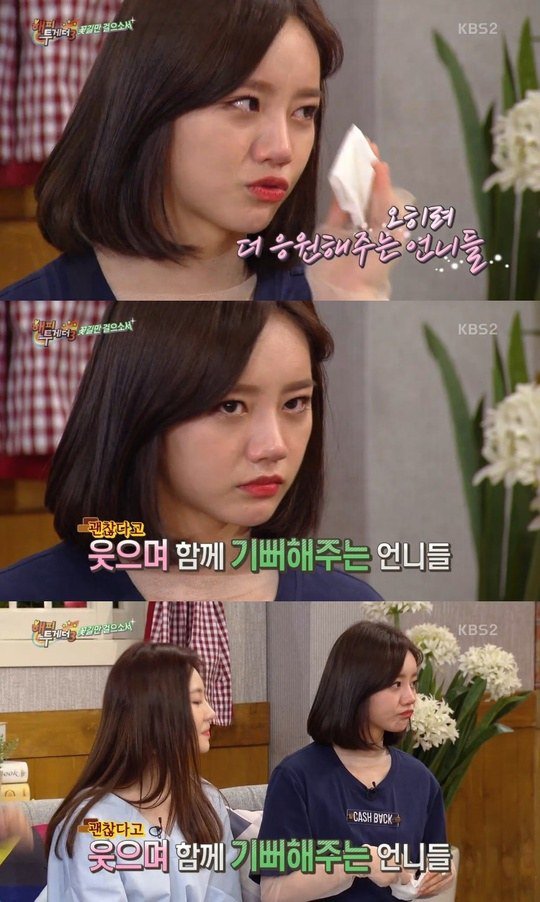 Girl's Day
Happy Together
Hyeri
Yura
How does this article make you feel?