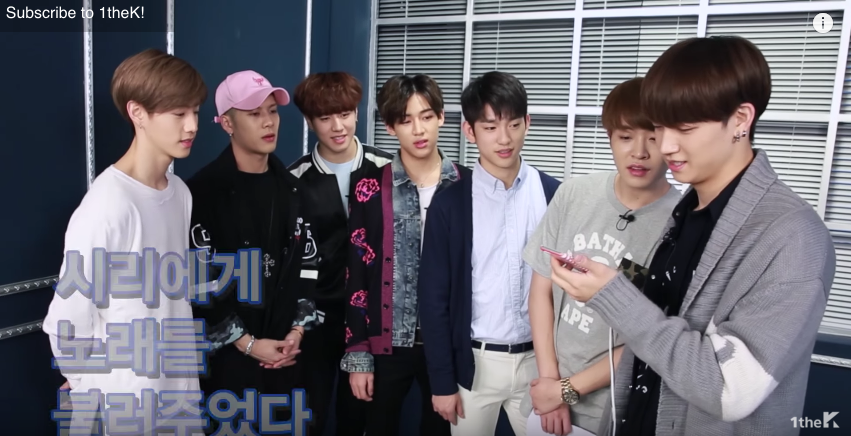 Watch: GOT7 Gets Rejected (Repeatedly) By Siri

On April 14, GOT7 participated in a special video with the iPhone’s Siri service.

In the clip, GOT7 sings their new single “Home Run” into a self-cam. In between the singing parts, they read the lyrics from the song to Siri as well as some personal questions.

JB is the first to get rejected when he tells Siri, “I love you.” Siri responds, “That love is forbidden. Thank you anyway.” When JB tries to play it cool and say, “I don’t really like you all that much,” Siri replies coolly, “I’m glad we’re on the same page.”

When Junior asks Siri, “Are you alone/single?” Siri answers, “It seems you often start conversations with this line.” Junior is completely flustered and the other members laugh at him, with Mark telling Siri, “Park Jin Young [Junior’s real name] is lonely.”

Siri says, “I’m hurt to hear that. Please don’t forget that I am always by your side.” This only embarrasses Junior further. Unfortunately, when it comes to Jackson’s turn, Siri doesn’t understand anything he says at all.

Watch the hilarious video below: