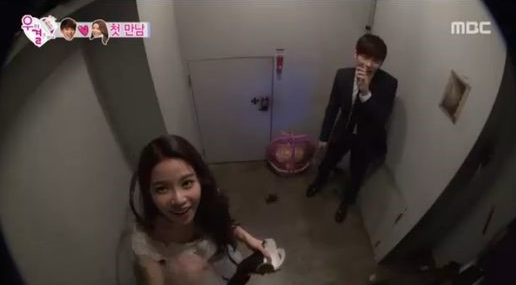 Eric Nam and MAMAMOO member Solar finally meet each other as the newest couple of MBC’s “We Got Married.”

On the April 16 episode of “We Got Married,” after quite the struggle on last week’s show trying to break out of a jail cell, Eric Nam finally escapes. However, he is soon faced with another challenge: not only must he find out where his new virtual wife is, he must also find out who she is. Since he is not very fluent in Korean, he repeatedly asks questions, like “What’s a compass?” and “What’s a flashlight?” as he tries to figure out the code that takes him to the location where Solar was hiding. 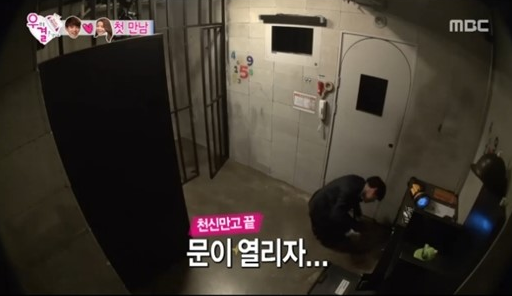 After he finally finds her, he finds his final task: he needs to sing a proposal song to her and the score must pass a 90 in order for Solar to remove the mask she was wearing. He succeeds by singing “I’m In Love” by RA.D. 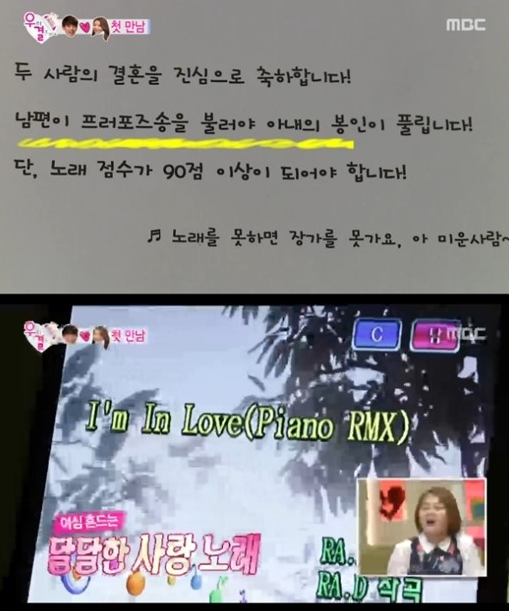 In his individual interview with the producers, Eric Nam reveals how he feels about his new wife, saying, “Should I say I was relieved? I’ve done a few broadcasts with her and I think she’s a good person.”

In her interview, Solar says, “It seems like he was happy [that it was me]. But I couldn’t really read his expression. I was a bit sensitive about my makeup. I was wearing that mask for such a long time that it made a mark on my face and the fur was sticking out and I was so worried that he’d notice.”