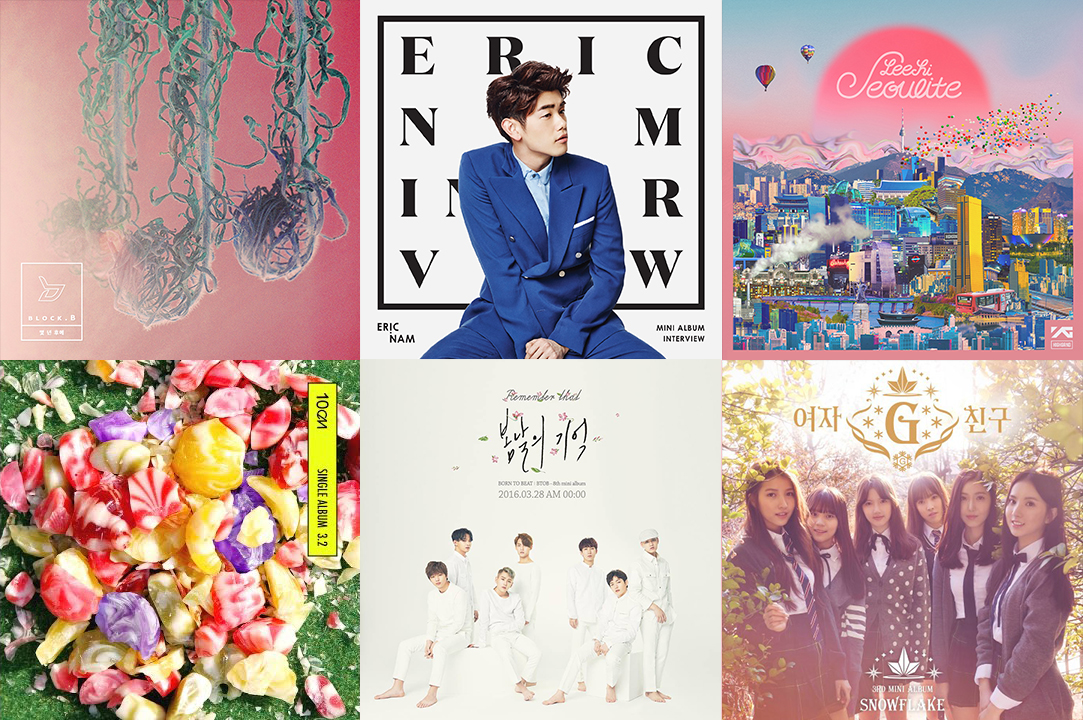 Eric Nam scores his first ever No. 1 hit on our chart with “Good For You.” While the song was at No. 2 last week, its consistency is enough to win the top spot this week. A lot of his points came from our Soompi Airplay, where his appearance on “We Got Married” contributes to a big part of his chart scores. “Good For You” also turned in a decent score in other sources, and was able to win it over two male groups. Congratulations to Eric Nam.

Moving up 11 spots to No. 2 is BTOB’s “Remember That.” This song is the title track of BTOB’s eighth mini-album. It is a ballad about a man who recalls the memory he had with his former lover on a warm spring day. Since focusing on ballads last year, BTOB has seen a lot of success. This is their third straight top 10 hit and perhaps their biggest hits to date. “Remember That” won on Music Bank, M!Countdown, and Show Champion last week. It just missed our top spot by a few points. Let’s see if it will move up to No. 1 next week.

Rounding out an all male top three is Block B’s “A Few Years Later,” which won on Inkigayo last week. This song moves up seven spots to No. 3 this week.

One other new song in the top 10 is 10cm’s latest hit “What The Spring??” It is an acoustic ballad with lyrics sarcastically written on whether couples should really enjoy the spring season. 10cm’s trademark laid back vocal feels like a spring breeze. “What The Spring??” was No. 1 on GAON and all the internet charts last week, and is #5 on our chart this week.