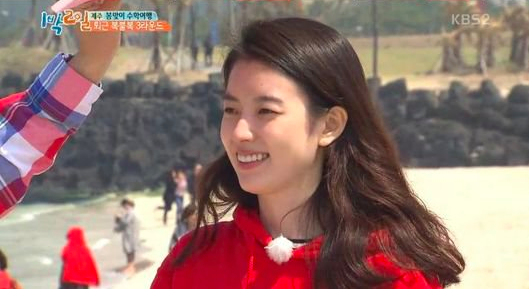 Over the course of the last episode, the cast members of “2 Days & 1 Night” have been spending a great trip with actress Han Hyo Joo. However, on the April 17 episode, the producers announce a mission that will end up sending one member home early.

In a normal episode, the cast would usually be eager for the chance to return home quickly. However, since they’re on vacation with Han Hyo Joo, no one wants to leave. Despite the many complaints from the members, the “Departure Hit or Miss” mission begins. 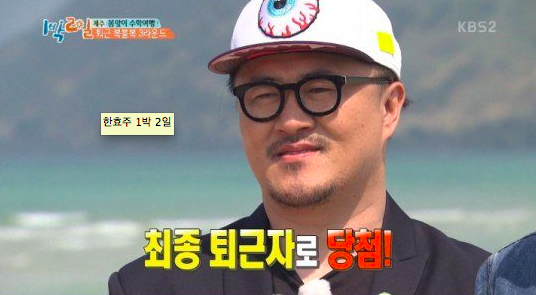 In the end, it’s Defconn who gets sent home early. Han Hyo Joo is apologetic when Defconn says, “It’s okay, I wanted to go anyway.” After that, the remaining members each sit and have a seafood party with Han Hyo Joo.

However, it turns out Defconn wasn’t able to leave in the end, as Han Hyo Joo and the cast runs in to him by chance at the seafood restaurant. After a dip in the ocean, Defconn is allowed to rejoin the cast again for the remainder of the trip.

Watch the hijinks in the newest episode below!