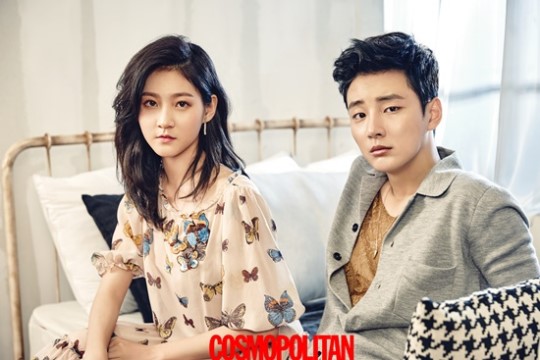 Kim Sae Ron and Yoon Shi Yoon, co-stars in JTBC’s new Friday-Saturday drama, “Mirror of the Witch,” teamed up for a photo shoot with Cosmopolitan magazine.

In the released b-cuts, the actors show great chemistry, like a couple whose romance just blossomed. Reportedly, they kindly helped each other with their poses, despite being embarrassed. They also exhibit their more matured selves, especially Yoon Shi Yoon, who returned from the army more masculine, yet maintaining his boyish looks. 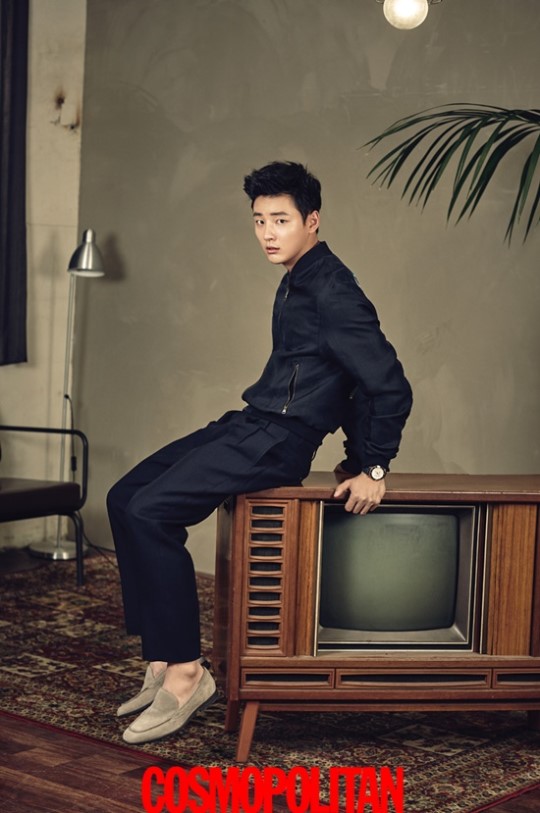 During the interview, the actors reveal that the drama’s main character Heo Jun (played by Yoon Shi Yoon) is supposed to be the royal physician Heo Jun who wrote “Donguibogam,” or “Mirror of Eastern Medicine,” which is a book about tradition Korean medicine that was published during the Joseon Dynasty. They explain, “He is a real-life figure, but there isn’t much that is known about his personal life. The drama imagines what would have happened to him before he became the Heo Jun we know, by combining fiction with fantasy elements.” 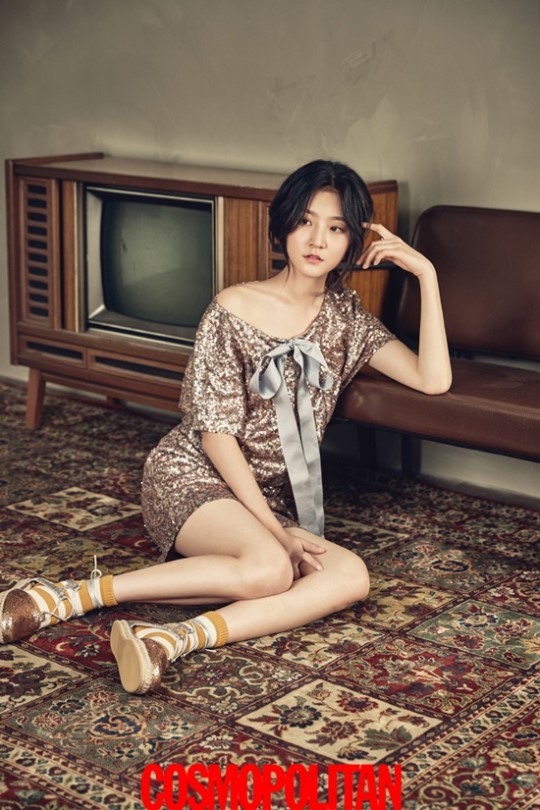 When asked about working with Kim Sae Ron, Yoon Shi Yoon says, “I really like Kim Sae Ron’s expressions. Her eyes have an innocence and sincerity to them, so when we’re filming, she makes the scene feel real and believable. We were filming a scene when Sae Ron leaves, and I became so immersed that I was actually sad because of her.”

Meanwhile, Kim Sae Ron compliments Yoon Shi Yoon as well, explaining that she likes working with him because “it feels like we’re communicating. I feel like we naturally do so when we act together, to the point that I’m thankful.”

The rest of their interview and photo shoot can be found in the Cosmopolitan’s May edition.