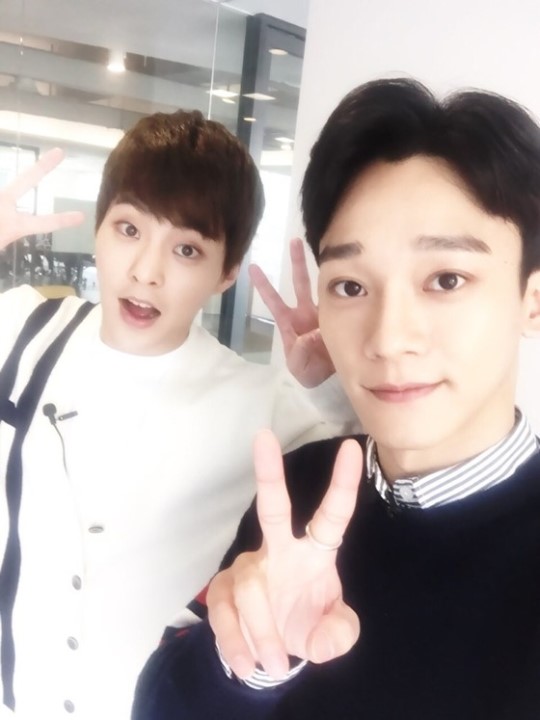 EXO members Chen and Xiumin are going to be heading out on their own on a trip for a new web variety show!

SM Entertainment has confirmed that Xiumin and Chen started filming a new show called “Traveling Without Our Manager” on April 18. Just as the title says, the show follows the two members as they go on a trip without being helped by a manager. A photo was shared on Vyrl on April 18 of the pair at the beginning of their trip.

The show is produced by SM’s new photo-based social media site Vyrl in partnership with the Korea Tourism Organization. It’s expected to be broadcast online in the beginning of May.

Are you excited to see Xiumin and Chen’s adventures together?

EXO
Xiumin
Chen
How does this article make you feel?