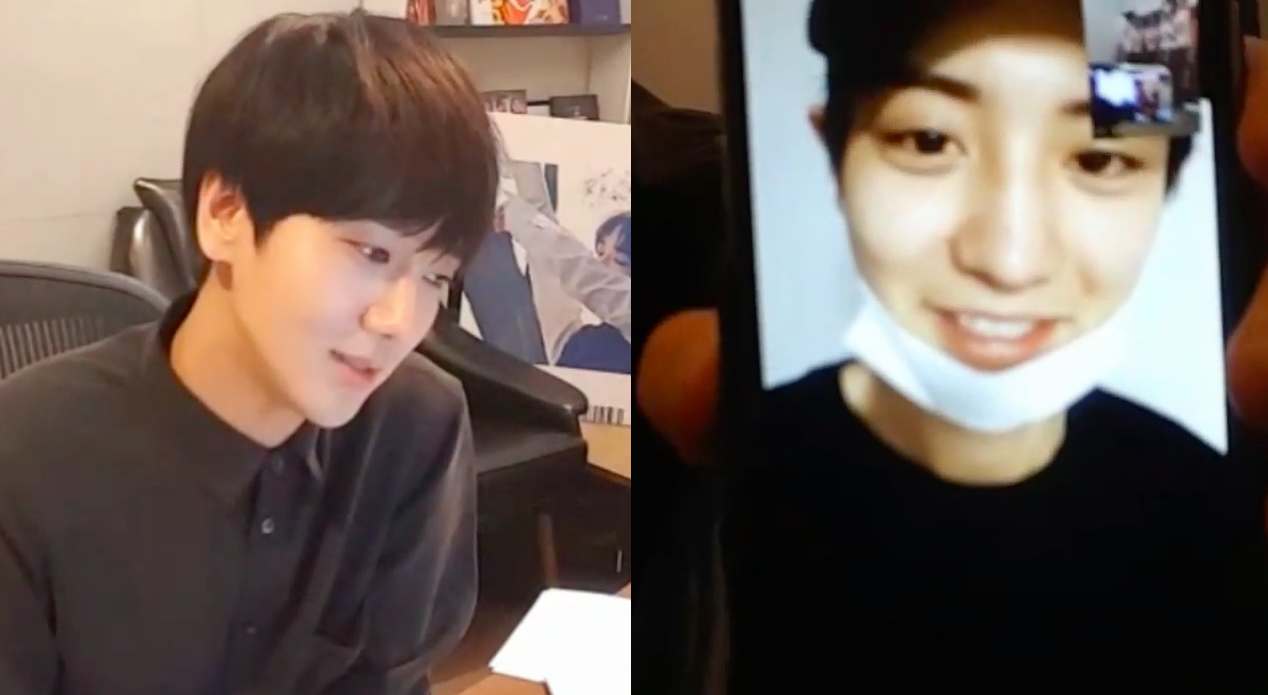 On April 18, Super Junior member Yesung celebrated his solo debut by hosting his own live show on V App only a short time before the release of his first solo mini album “Here I Am.”

During the show, Yesung introduces each of the seven tracks on his new mini album, including the song “Confession,” which features Chanyeol of EXO. After playing a clip of the song and singing along for fans, Yesung pauses the track and announces that Chanyeol is now on the line over a video call!

Chanyeol says hello through Yesung’s phone, and Yesung asks him to say a few words about the song. Chanyeol says, “Before I talk about ‘Confession,’ I want to say that Yesung’s album will be coming out in about an hour and a half. Congratulations on your solo album!”

Chanyeol goes on to say that he had been planning with Yesung to work on a track together for over a year, and asks fans to listen to it a lot. “It was really fun working on it with you,” he says.

Yesung thanks Chanyeol and says, “I love Chanyeol. Please support him, everyone!”

Support the artist by buying Here I Am from YesAsia
EXO
Super Junior
Yesung
Chanyeol
How does this article make you feel?