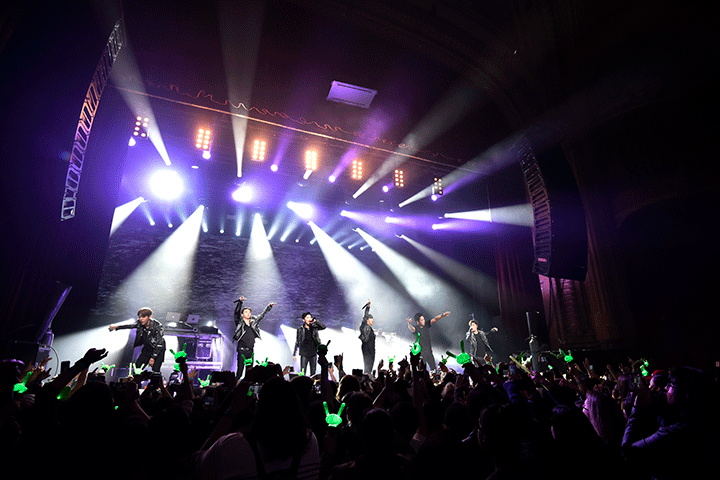 After three long years, B.A.P finally returned to San Francisco and we attended their amazing show. When the group announced their “Live on Earth: Awake” Tour, San Francisco fans were all united in crossing their fingers for an SF reunion.

The wait was worth it – B.A.P came back and put on an amazing show. Here are our top 5 moments from the group’s SF show, with a little help from fellow fans:

I have a confession, I love flower crowns. I don’t know where the photoshopping meme came from but I love when suddenly flower crowns are in the equation. Guaranteed to make every concert better? Flower crowns. Thanks to the fan who brought this lovely crown and double thanks to Zelo for being willing to put it on and perform with it.

San Francisco was treated to Himchan performing “SNS,” Youngjae taking it slow with a cover of “Slow Motion” (a different performance from LOE in Seoul), and Jongup performing his self-composed “Now.” When the members asked us to choose a favorite solo performance, it was completely impossible.

I’m not going to lie – I saw a lot of tweets about this after the show. Yong Guk seems to have a real passion for low-cut tanks. And fans love it.

With B.A.P among K-pop royalty, it was a special treat that they prepared a Korean version of their Japanese song “Kingdom” just for this tour. I really hope that we get to hear more of this song in the future!

A big focus of the tour was on happiness. During the group’s goodbye ment, Daehyun made sure to remind all fans that B.A.P is back, better than ever, and happier than ever. He not only apologized to fans for making them worry during the group’s hiatus, but he repeatedly asked the audience if we were happy. “Your happiness is really important to us! Most importantly, because we’re happy together.” Excuse me while I go cry.

Have you been to a Live on Earth: Awake tour stop yet? What was your favorite part of the show?