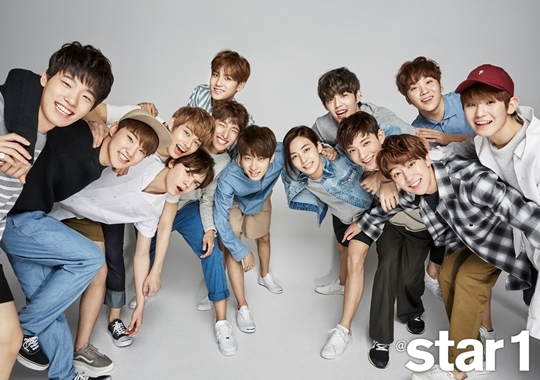 SEVENTEEN recently held a photo shoot and interview with @star1 magazine for their May edition.

Despite their name, they have 13 members rather than 17. Also, the group’s name is explained through their equation: 13 members + 3 unit groups + 1 group = 17. Through all of the members and their various sub-units, they become one. 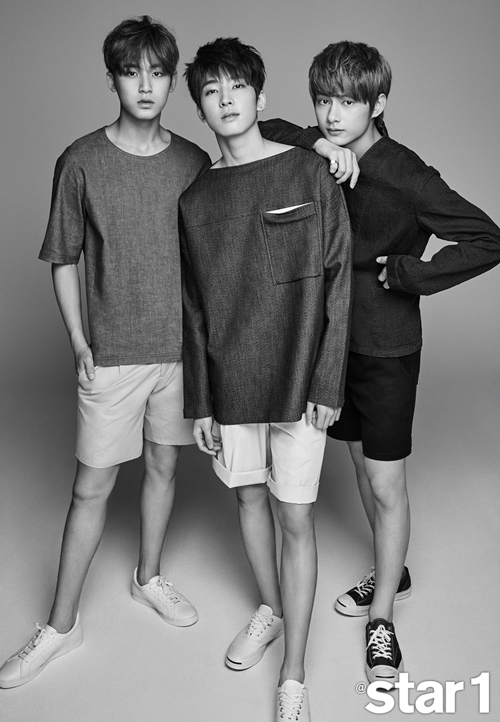 During the interview, the group gets asked about any compliments and complaints they have regarding each other. Leader S.Coups answers, “There are many difficulties because of our self-production concept. We are so busy that we don’t even get to see each other’s faces often.”

He adds, “When we do run into each other no one shows how tired they are and we become each other’s energy.”

Mingyu comments, “I’m really thankful to Woozi hyung who works hard on album production. We don’t have complaints about each other because we talk and communicate a lot.”

The interviewer then asks the members which major they would like to study if they were average college students. Hoshi replies, “Only dance. There’s still a lot more I want to learn.”

Jeonghan says, “I want to study psychology. I think it would be an interesting and fun field.”

More of the group’s “Lucky SEVENTEEN” photo shoot and interview can be found in the May edition of @star1 magazine which will be available starting April 22.

SEVENTEEN
@star1
How does this article make you feel?