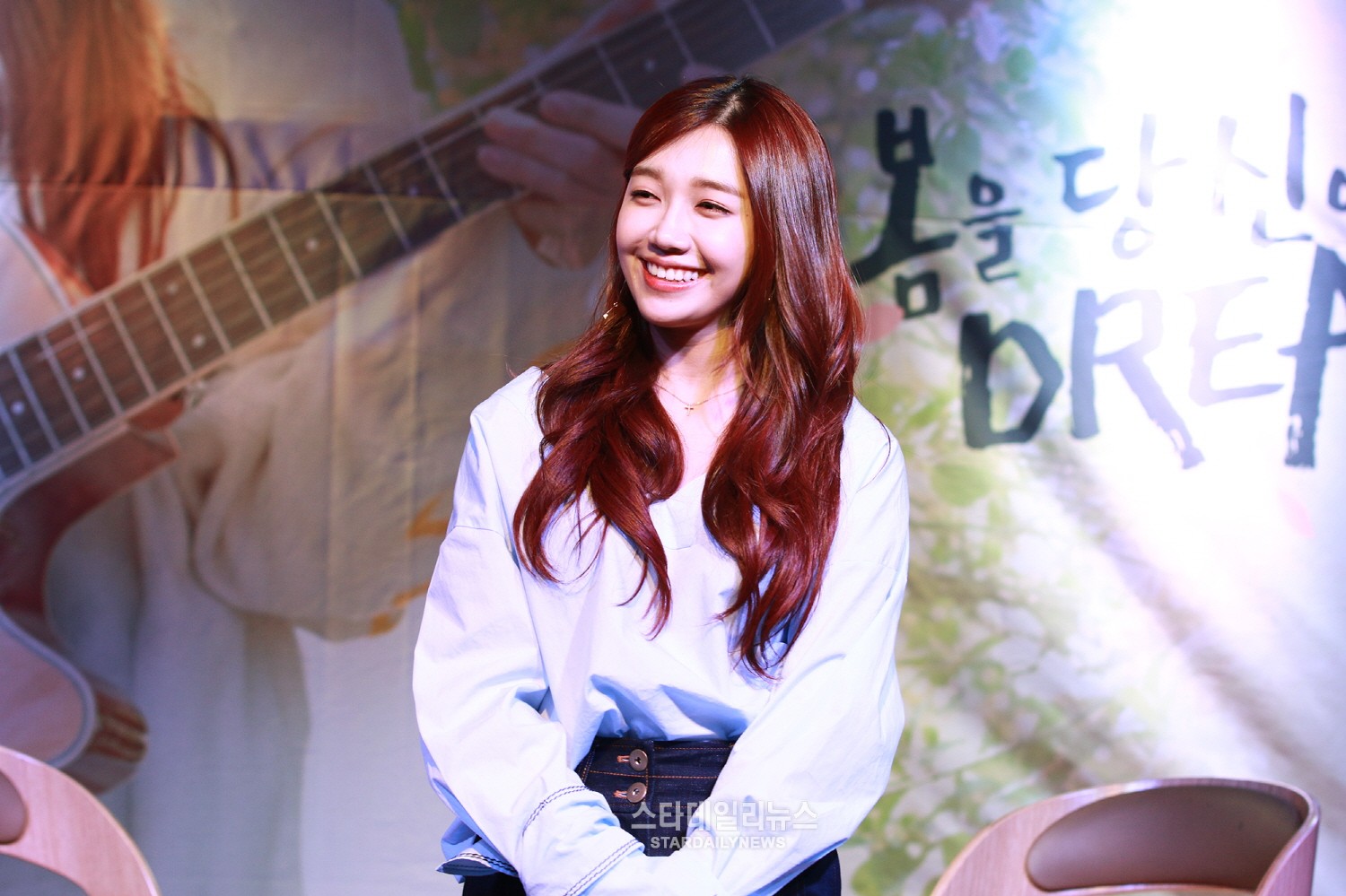 On April 18, Jung Eun Ji held a commemorative mini concert/listening session for the release of her first solo album, “Dream.” The singer explained more about each song on her album and her thoughts on her solo debut in general.

Regarding her title track, Jung Eun Ji says, “Producer team Duble Sidekick gifted this song to me. This song is very healing. When I listen to this song, I reminisce about nostalgic times such as my childhood and my parents whom I miss, which then becomes a source of comfort to me. I hope that this song becomes a song like that to others as well.”

She reveals how Korean folk singer and musician Hareem played the harmonica for this track, creating a musical atmosphere befitting of a folk song.

The singer also talks about how she wrote the lyrics to the song while thinking of her father, who’s currently in Turkmenistan working to support their family, and presented the self-written lyrics to him as a birthday gift.