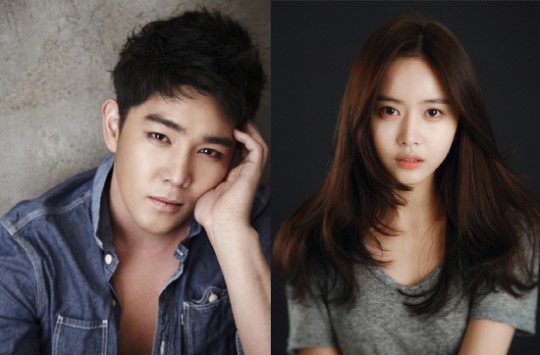 On April 19, Star J Entertainment reported that Super Junior’s Kangin and actress Han Bo Reum have been cast in the thriller webdrama “The Sound of Bells” (literal translation).

The character Soo Jin has a dark and tragic past, having been abused as a child, but has not given up on her dream to be a writer. The character Dong Woo helps her overcome her past when the two of them fall in love, but the arrival of Soo Jin’s sister, Soo Hyun (Kim Jae In) throws a wrench in the works.

This is Kangin’s first acting project in three years since his film “The Cat Funeral.” Han Bo Reum appeared in the drama “All Is Well,” which wrapped up in early 2016, and also recently appeared on an episode of KBS’s variety program “Happy Together.”

The web drama will air in July on both Korean and Chinese platforms (online and mobile). Filming is expected to start at the end of April.

Han Bo Reum
Kangin
How does this article make you feel?