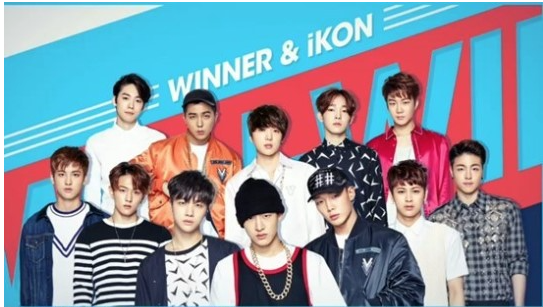 YG Entertainment is on a roll with comebacks!

It has been confirmed that boy groups iKON and WINNER are preparing to release new albums — possibly even at the same time — after Lee Hi and Akdong Musician wrap up their activities.

After enjoying success with the first part of her solo album, Lee Hi will be dropping her full album “Seoulite” and the title track “My Star” on April 20. Meanwhile, the siblings of Akdong Musician are set to make their long-awaited comeback on May 2, marking their first official release in a year and seven months. Lee Chan Hyuk will be enlisting in the military soon after ending the promotions.

Many have been wondering about YG’s plans for the comebacks in the latter half of the year. According to a high-ranking representative of YG, iKON and WINNER are up next.

“CEO Yang Hyun Suk is kicking off the preparations for WINNER and iKON’s new songs and albums. New albums will be coming out from them soon,” the source commented to local news outlet Star News. “The funny thing is that these two teams, who once appeared in the same survival reality show, might be promoting at the same time. YG’s side is thinking hard about this.”

Would you like to see iKON and WINNER make comebacks at the same time?

WINNER
iKON
YG Entertainment
How does this article make you feel?