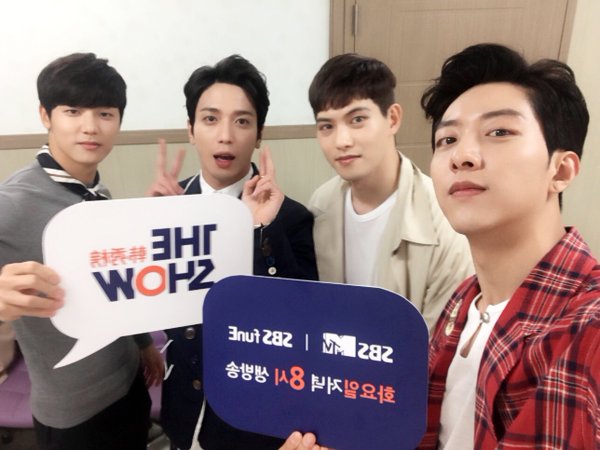 CNBLUE Grabs 5th Win for “You’re So Fine” on “The Show,” Performances by NCT U, VIXX, GOT7, and More

CNBLUE has won the first place trophy on “The Show” for the second week in a row!

On April 19’s episode of SBS MTV’s “The Show,” CNBLUE was up against NCT U’s tracks “Without You” and “The 7th Sense.” CNBLUE grabbed the win with the highest score in both Korean and Chinese live voting, as well as the pre-show total score. They came on top with 8,385 points to NCT U’s 6,994 for “The 7th Sense” and 5,296 for “Without You.”

CNBLUE was unable to attend the closing that day to accept the award in person, but the official Twitter for “The Show” later shared a picture of the four guys and congratulated them on their win.

This week’s episode of “The Show” also features performances by NCT U, GOT7, VIXX, UP10TION, Hyosung, Oh My Girl, and more! Watch them below.