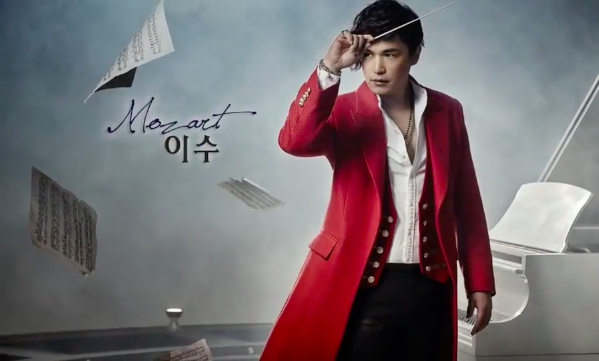 MC the Max member Lee Soo is currently embroiled in a controversy regarding his recent casting in the musical “Mozart!”.

For those who are unaware, Lee Soo (real name Jun Kwang Chul) was initially charged in 2009 with soliciting an underage prostitute who was 16 years old at the time. Although Lee Soo admitted to paying the girl between 300,000 and 700,000 won (approximately $264~$617), he claimed that he didn’t know at the time that she was a minor. The charges were eventually dropped.

Because of his involvement with the case, musical fans have demanded that he step down from his role in “Mozart!”. Many fans have vowed to boycott the musical until his removal, and still others have launched a petition. One group of fans even raised 10 million won (approximately $8,827) to run a subway ad opposing his participation in the musical.

It’s not the first time the public has called for Lee Soo to step out of the spotlight, either. In 2015, he was abruptly removed from MBC’s “I Am a Singer 3” due to people voicing their concerns about him appearing on the show.

Lee Soo opened up about the reaction to his casting, saying, “At first I was quite sad, and it was difficult. But I got to thinking about it and realized that these people’s passion for musicals and the musical market is astounding. They truly love [musicals], and they’re acting this way because of that passion, and because they consider it like their work.”

He continued, “Because of that, I’ve come to treasure ‘Mozart!’ even more. Even from the beginning I respected the actors who worked together to make it such a great musical, but I can only think of how I want to pay back the musical production team and my colleagues by doing my best.”

Finishing off, Lee Soo said, “It’s always been a dream to be a part of ‘Hedwig,’ ‘Mozart!’, or ‘Jesus Christ Superstar.’ I have no other reason for wanting to do this musical. The musical numbers are beautiful, and I love the dramatic scenario.”

MC the Max
Lee Soo
How does this article make you feel?