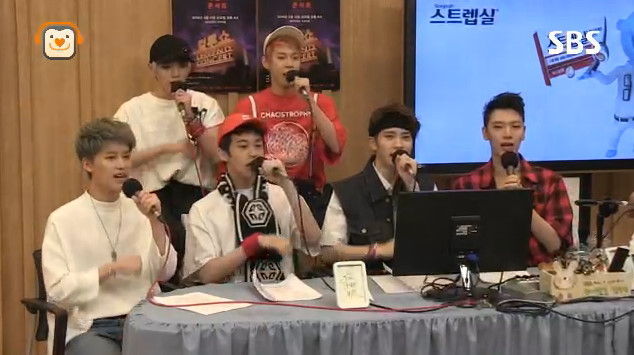 NCT U Says They Are Always Open to New Members

NCT’s group name stands for Neo Culture Technology, which the group has explained means that new members can be added at any time. The group’s first subunit, NCT U, further elaborates on their identity on the episode of SBS Power FM’s “Cultwo Show” that aired on April 20.

“We are a group that will endlessly open up and endlessly expand,” they say.

“Isn’t it uncomfortable to have new members added?” the hosts of the show ask. “Would you be okay with 50 people coming on?”

“Yes because we are endlessly open,” NCT U says again.

“Will you accept us in then too?” the hosts joke.

However, that’s where they draw the line and say, “That is impossible.”

Meanwhile, NCT U is SM Entertainment’s newest boy group who debuted with “The 7th Sense” on April 9.