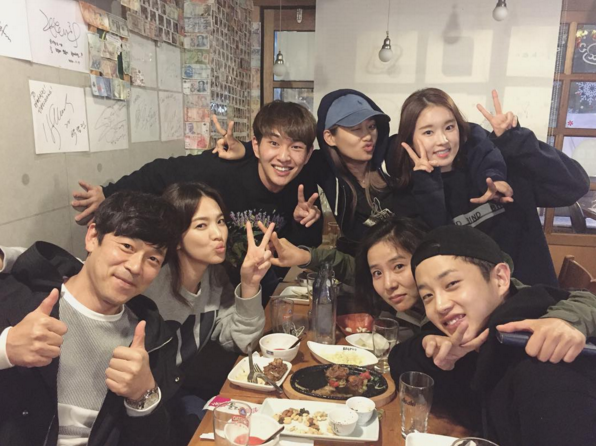 On April 20, actress Song Hye Kyo and actor Kim Min Suk both shared a photo on their Instagram accounts of some of the cast of “Descendants of the Sun” out at dinner together!

Their meet-up also included Kim Min Suk, who wasn’t part of the medical team in the drama. He jokingly admits to being an outsider in the caption to his Instagram but says he had a great time with them. Song Hye Kyo teases him in her caption, “Medical team!! Kim Min Suk, where do you belong?”

“Descendants of the Sun” aired its final episode last week and is broadcasting three specials this week. Start watching with the first episode below!

Song Hye Kyo
Descendants of the Sun
Kim Min Seok
Onew
How does this article make you feel?