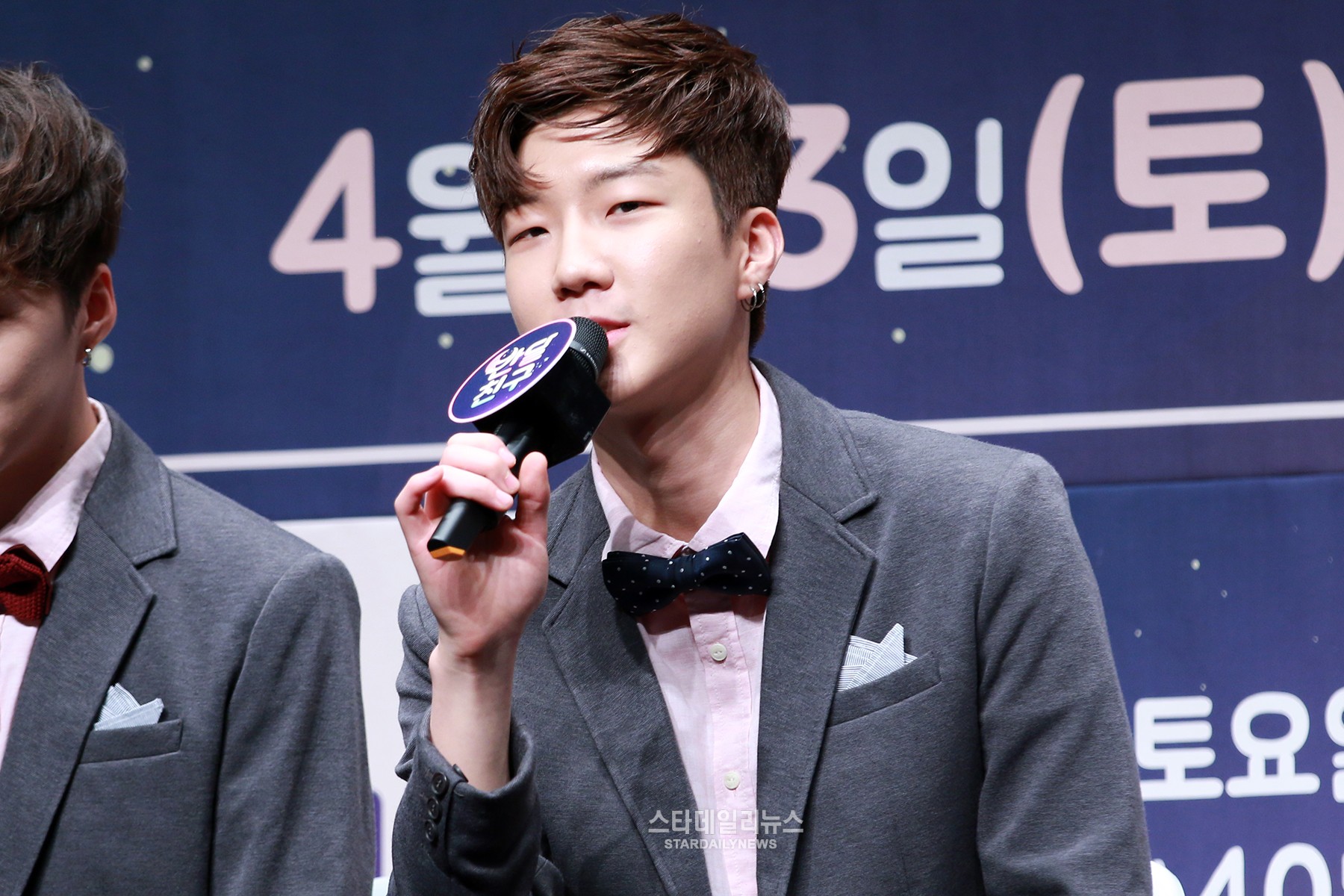 On April 21, JTBC held a press conference for its new variety show “Half-Moon Friend” with the members of WINNER.

During the event, Lee Seunghoon recalled his own childhood and revealed why he related with the kids in the program. “I thought a lot about my childhood when I was filming,” he said.

He continued, “There were many kids whose parents both worked, so a lot of them needed love and care. I don’t have many memories of my dad and I playing together. My dad was overseas. I don’t remember playing soccer or anything with him. When I become a dad, I want to play with my kid just like a friend. So that’s why I was active with the kids during filming.”

Meanwhile, “Half-Moon Friend” stars the WINNER members as they interact with kids between the ages of four through seven for 15 days. It shows how the members become close friends with the children. They filmed this show for three weeks every day excluding weekends. It will air its first episode on April 23 at 9:40 p.m. KST.